Our last few days in Marseille are coming to an end and there are still a few things we’d like to do/see before we leave. We started our morning with the typical breakfast we’ve been enjoying for the past few weeks – crispy chocolate croissants, fresh baguette with butter and fruit jam plus tea or coffee. France has really spoiled us with its simplest of foods which in my mind are the tastiest. There’s nothing like a warm “pain au chocolat” (or chocolate croissant), in the morning to start your day (although we’ve been also enjoying these as afternoon or evening snacks).

On the agenda for today was Chateau D’If and the Frioul Islands, two significant sights on a tour of Marseille (and both are only accessible by boat). If island is actually part of the Frioul Archipelago (there are 4 islands in total), and is the most
significant for its history and notoriety as a prison in real life and fiction. However our trip to these islands was not meant to be as the ferry service (to If) was cancelled due to strong wind (or the Mistral as it’s known here in Provence). We aim to try again tomorrow or the day after.

Our alternate plan consisted of walking around Marseille and seeing some of its other important landmarks. We started with the Notre-Dame de la Garde, a beautiful Neo-Byzantine basilica located atop the highest point in Marseille (a 530-foot tall hill). Notre-Dame de la Garde is visible from any point in Marseille and it was quite a hike to reach it. What started out as a chapel back in the 13th century became a beautiful basilica constructed from limestone which today stands guard for the people of Marseille. We checked out the crypt first located on the lower level of the basilica and then made our way inside the chapel part. To our surprise it was very different from most churches we’ve seen thus far on our trip. The design and decor was very colorful and ornate. The walls on one side were decorated with several rows of wartime medals as well as a fine collection of paintings displaying naval ships and fishing boats from the last couple of centuries. On the opposite wall there were numerous other paintings of Marseille and the countryside depicted throughout the same era. What struck us most was how busy and colorful it was inside but everything seemed to have its place and was thus in harmony. Brigitte snapped a few photos and then we made our way outside for more pictures. Standing atop the 530-foot hill offered us some pretty amazing views of Marseille, the Old Port, and the Mediterranean Sea. The other amazing component here was the wind (at 40 mph) which at this altitude really kicked ass. We fought our way to take a few pictures of the panorama but most had to be taken time and time again.

From Notre-Dame de la Garde we made our way towards the administrative section of the city and saw the Palace of Justice, the Prefecture (administration part of the Ministry of Interior), Police Headquarters, the Bank of France and the US Consulate (needless to say the architecture was gorgeous). We stopped for lunch near this area and then headed towards Cours Julien to check out some second hand book-shops in search of “Les Adventures de Tintin”. Ever since our first visit to the country house in Toulon, I’ve become obsessed with the comic series – “The Adventures of Tintin” which continues to be influential in French culture today (Laetitia’s dad has the entire collection in Toulon). Created by a Belgian guy back in the 1920s, “Les Adventures de Tintin” have touched the lives of most French children and adults in some way or another. I know I’m probably a couple of decades+ too late to this party, but this is a great way for me to try and learn French. I also recently found out from our good friends Jason and Danielle that Spielberg’s “The Adventures of Tin Tin: The Secret of the Unicorn” hits theaters this summer in the US. And the plots to these adventures are always great, a young reporter (Tintin) traveling all around the world to solve crimes while and kicking bad-guy ass (often times assisted and saved by his dog Milou or Snowy for you anglophiles). I’ve already read a couple of issues and now I own a few as part of my incipient collection.

We spent the next day with Brigitte’s aunt Danielle who’s been living in Marseille for most of her life. We started out by having lunch in the Cours Julien followed by an expert tour of the city. Lunch was great and I got to try a real Andouille sausage (made primarily from pig intestine) as part of the mixed grill plate I ordered. It’s definitely an acquired taste which works well with mustard. Danielle has intimate knowledge of the city so we made our way towards the old town where Marseille emanated from centuries ago. We started out going by the house where her parents (Brigitte’s grandparents) actually met. Next we stopped in front of an unassuming building displaying a giant French flag on rue Thubaneau. This is a memorial to the Marseillaise (the French anthem). The name of the song was originally “War Song for the Army of the Rhine” but it soon became the rallying call to the French Revolution and was adopted as La Marseillaise after the melody was first sung on the streets by volunteers from Marseille. Hence the new name.

From there we marched on to the Vieille Charité (a beautiful stone cloister-like building in Baroque style), which served as an almshouse after it was built during the 17th/18th century. Today it’s one of the city’s most prominent museums. From there we headed to the “Panier” – a very old and great part of town with narrow uphill streets giving way to various plazas. Among them was Place de Moulins where three large windmills existed during the 18th century – today the plaza consists of beautiful residential buildings with some boasting the colors of Marseille (sky blue and white). From there it was to the ancient Greek ruins that were accidentally discovered due to excavations back in the 1960s. The Greeks settled and gave birth to Marseille so it was nice to see the vestigial ruins which sit in close proximity to the Old Port (which is where we ended our tour with Danielle by having a drink at one of the cafes).

Later on that evening we went out to dinner with Laetitia and Loic at Le Petit Port, an authentic Marseillaise seafood restaurant on the rugged coast (close to Les Goudes) overlooking the Mediterranean Sea. It was fish all around from appetizers to entrees and the food as well as the experience was awesome!

The next day would be our last day in Marseille so we set out to see the calanques by boat. We met up with Danielle down at the port by 9am and she got tickets for the 9:30am ferry which sets out for a 3 hour journey exploring 12 calanques. Right as we were about to embark the ferry, we were told that the trip was cancelled due to protesters! Say what!? About half an hour earlier we had seen a group of people with banners and a bullhorn assembling down by the port and walking around protesting the tourist boats to the calanques. Their beef is that will no longer be able to hunt and fish in the calanques as they are planning to be designated as part of a natural reserve. We obviously made nothing of the meager protest at the port but apparently a second group of protesters created a blockage with their boats in the only entry/exit point of the canal into port. Say what!?! As we caught wind of this we were obviously shocked and angry which later turned into bewilderment. I couldn’t (and still can’t) wrap my head around how a bunch of protesters actually successfully and unlawfully impeded the routine go about of several tour operators catering to hundreds of tourists (and raking in thousands of euros daily). I was dumbfounded! But apparently on Saturday mornings, the police are just not that quick to react.. it’s the Marseille way of life – very laid back.

What would have been an incredible boat tour of the calanques turned into a walking tour in the calanques. We took the bus with Danielle out to the city limit and entered a natural reserve area that led us to the calanques (after a 30 min walk). From there we hiked up one of these incredible rock formations to the designated “belvedere” or view point. Taking in the magnitude of the calanques is one thing, but taking in the entire landscape of the endless deep blue sea, the colorful turquoise inlets, the rugged terrain, and the distant sound of the waves was majestic. Those awful protesters had their glory earlier that morning but this was now our glory, uninhibited glory! And I’m actually glad we took the calanques by foot, as it’s the more veritable way of exploring these gorgeous beasts.

Later that evening we headed to Toulon for a celebratory birthday dinner (for Laetitia’s stepmother) and enjoyed a traditional Provencal fish dinner: fish soup with rouille to start followed by grilled Loup (aka sea bass) as the entree served with ratatouille – yum! (Coincidentally this is the exact same lineup Brigitte had the previous night at Le Petit Port). The Petit Chablis (chardonnay from Burgundy) nicely elevated the flavors of the meal, a nice choice! Dinner ended with the traditional cheese platter followed by two homemade cakes (chocolate and orange) for dessert. After that it was on to a game of Petanque (or Boccie Ball as more commonly known in the US). Petanque is a very serious endeavor here in Provence and is widely played by men and women of all ages. So it was men vs women naturally and the ladies prevailed. Brigitte actually shot an amazing game and I was far from a natural. Nicely done ladies!

As the evening wound down close to midnight, Brigitte and I had one last item on our day’s to do list. A couple of days earlier we got word from Brigitte’s friend Rachelle that Raul Paz (her husband) was performing in Cassis as part of a summer beach concert. This was our only chance to see them so we made a move down to Cassis. The town was alive and as we approached the beach stage area, hundreds of fans were emphatically dancing to “Havanizacion” (one of Raul’s most popular songs off his latest album). We met up with Rachelle and their two boys and joined the party. It was my second time seeing Raul live and he brought it on. He really has a way of engaging the crowd and making everyone mix it up with him and the band. The guy is profoundly soulful. His last song was “Revolucion” and afterwards we hung out with them and caught up for a bit. Knowing we would only have about 5 hours of sleep, we headed back to Toulon and rested up for the next morning’s move (Laetitia and Loic moved from Marseille to Toulon).

From here we’re planning to spend the weekend in Toulon one last time and then head to Paris early next week. 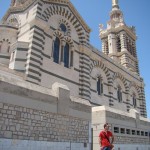 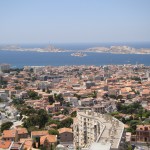 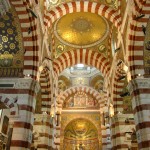 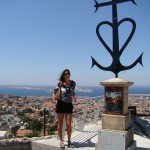 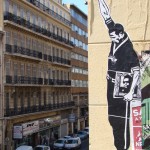 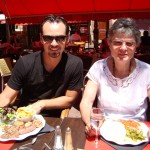 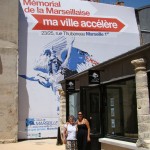 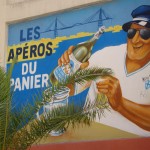 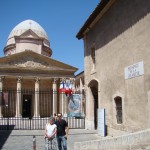 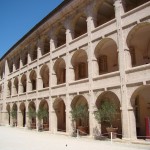 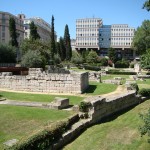 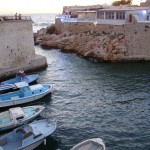 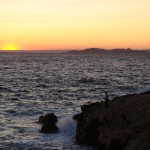 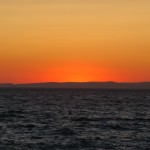 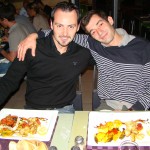 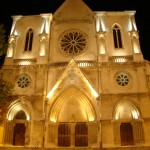 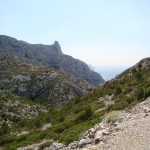 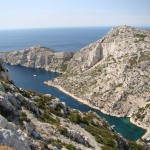 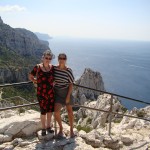 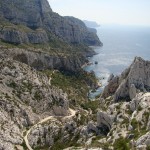 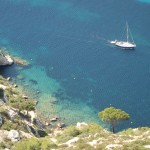 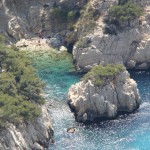 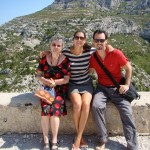 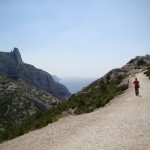