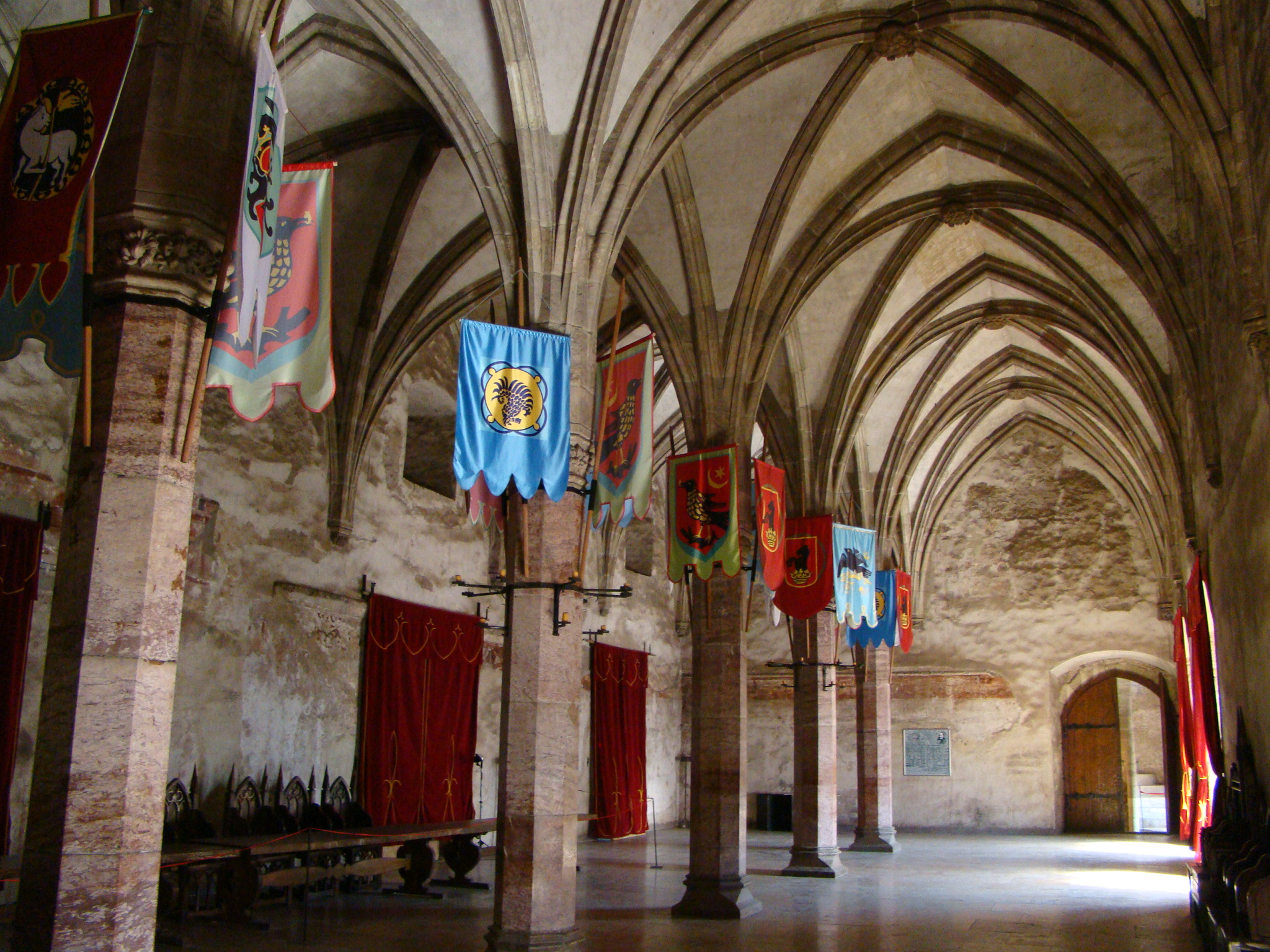 As we made our back into Transylvania from the northern part of Romania, we stopped in the city of Cluj Napoca for a night (simply known as Cluj). The old city (dating back to 12th century), used to be the capital of the Grand Principality of Transylvania. Today it’s a very important academic center with 12 or so universities. I’ve always wanted to see Cluj because my parents went to school there and it’s also where they met.

We started our day by walking around the old city which is still partially delineated by the ancient ramparts. The architecture was similar to that of Vienna and Budapest and some of the bright colored buildings jumped at us. Most impressive was the Palace of Justice, an enormous building mainly painted in a gentle dark pink and decorated with different colored rooftiles. Diagonally from it was the Piata Avram Iancu which houses the Theotokos Orthodox Cathedral (built in the Renaissance/Byzantine architectural styles). We had a tough time visiting it due back to back weddings all day, but did finally sneak into one of them and we were wowed. Paintings adorned the cathedral’s walls represented in cool/darker colors setting a peaceful tone to the setting. In general Orthodox churches appear more rotund than their Catholic counterparts and seem plainer inside (no statues are allowed), but they are impressive nonetheless. In the city’s other main square (Piata Unirii), the St. Michael’s Church is found – a Gothic style Catholic church, the second largest in Transylvania. Also in the square (next to the church), is a powerful statue of Matthias Corvinus or the King of Hungary.

Cluj is also home to an Ethnographic Museum which was our next move. The museum richly displayed the lifestyles of Romanian peasants in the 19th and early 20th centuries – from agriculture to hunting/fishing, to education and traditional/social aspects. Most remarkable was the fact that everything back then seemed to be made by hand,  tools for cultivation/agriculture, pottery, clothing, etc. People harnessed various skills throughout their lives, something we’ve departed from (in the modern world), and tasked technology with. We enjoyed the museum greatly and so decided to see the second part of it – an open air collection of 19th century village homes complete with interior decor from that time. Mills, wooden churches and animal huts completed the collection which made for an interesting visit. It was great to throw Cluj into the balance of our trip after a few days in the countryside.

The following day would be our departure day from my native land which brought on a touch of melancholy. On our way out (direction southwest), we stopped in Hunedoara to see the Corvin Castle, an impressive Gothic Renaissance structure which has been pretty well preserved. We toured the castle and got a glimpse into part of its history. The bear’s dungeon stands out in my mind, a place where prisoners were thrown to the hungry bears (what a way to go..). The other thing worth mentioning and still visible today was an inscription in Arabic (saying: “you have water, but you have no soul”), which was etched by a Turkish prisoners. Legend has it that three Turkish prisoners were made to dig a 70 foot deep well after which they would be freed (the promise was made by the castle’s owner). So they dug away for 10 years during which the owner died. Unfortunately his wife didn’t honor her husband’s promise and the Turks were eventually beheaded. Realizing this the one of them inscribed “you have water, but you have no soul” on a wall nearby the well. In death or folklore their story lives on..

This was my second time going back to Romania after leaving it nearly 24 years ago. It’s a different world from the one I knew, the country’s come a long way and is constantly reinventing itself after a pernicious 40+  year spell of communism. It’s a country of incredible contrast but I see great potential for the long road ahead, and wish to return often.