We decided on a day trip to Bruges on our second day in Belgium (about an hour away by train going west from Brussels). Bruges is the largest city in the region of West Flanders (within Belgium) and is inhabited by over 110,000+ people. It is also called “The Venice of The North” and for good reasons!

We reached the medieval town in the late morning and grabbed a map from the office of tourism (which highly recommended the boat tour). Much of Bruges’ indescribable beauty can be attributed to its several canals which at one time linked it to the nearby town of Ghent (24 miles away). The canals add charm and seeing the town this way offers a unique perspective. Another reason the town preserved its medieval feel in impecable form is because it remained untouched by the 20th century hand of war (it was not bombed during WWI or II because of lack of industry here).

The picturesque town with (cobble stoned streets and horse drawn carriages) is perfect for walking and as we made our way into the old part we stopped for a traditional Liège waffle. Brigitte got the melted chocolate one while I went with jam; both served as a great way to power our morning’s walk around town. Then it was on to the boat tour which took us all around the canals (for half an hour) and gave us great views of some of the town’s significant landmarks. Gliding along through the medieval channels and going under stone bridges from the 16th century was something we’ll never forget – coming upon beautiful buildings partly submerged made me think about the centuries old construction marvel and whether the builders ever imagined modern day tourists by the gangs flocking here for decades on end.  On top of that we had perfect weather and Brigitte went crazy with the picture taking. Right after our water tour we decided to see the Picasso and Miro exhibit at one of the local museums which Brigitte was very excited about. To our delight dozens of earlyPicasso pieces lined the walls of the museum but to our dismay (particularly Brigitte’s), there were but one or two Miro paintings. Talk about a misleading promotion.. at least there were several inspiring pieces by Matisse that pumped some life back into the exhibit.

From there it was on to the Markt or Bruges’ main square which is lined with restaurants and bars at the base of beautiful Flemish Reianssance buildings, similar in architectural style to those in La Grande-Place in Brussels. Right next to Markt is another plaza called Burg which is home to the Old Town Hall dating back to the 1300s (this is the administrative part of town and is just as beautiful as Markt).

We had a great day trip in Bruges, a town very appropriately described in the movie In Bruges as a “fairytale town”. Later in the evening we met up with Sandra (who’s fabulous place we were staying at), and linked up for drinks and dinner at a couple of very cool hotspots in Flagey. The food was great and it was cool to get an inside perspective on some of the local places near her neighborhood. 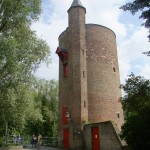 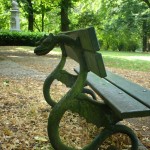 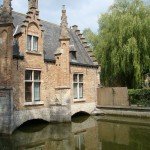 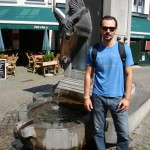 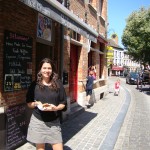 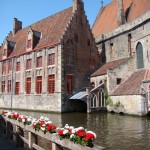 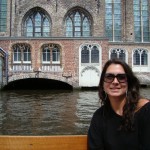 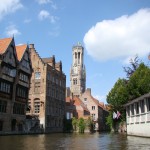 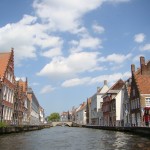 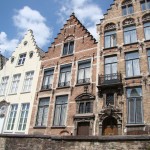 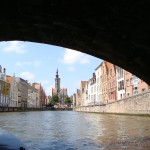 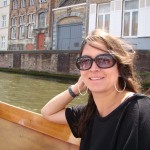 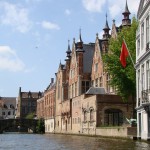 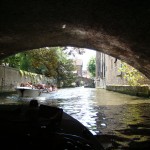 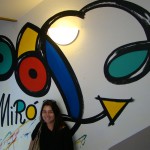 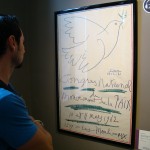 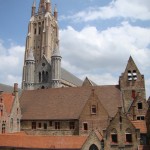 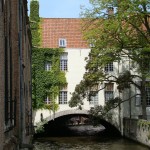 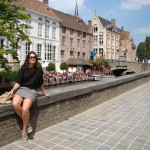 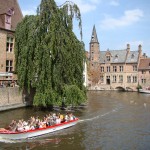 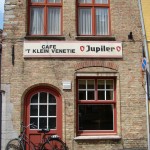 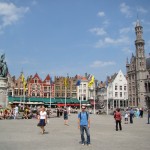 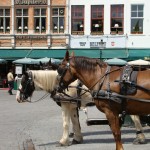 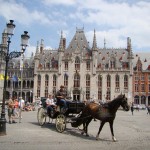 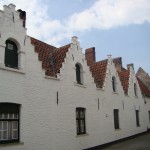 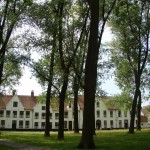