After 3+ months of bouncing around Europe, it was finally time to head eastward to Turkey. Istanbul would be our first stop in the country we’ve always wanted to see and heard so much about – “here, Europe meets Asia”, “East meets West”, etc..

We arrived to our apartment rental in the evening after an hour and ten minute cab ride from the airport, most of which was bumper-to-bumper. For the first time I was reminded of New York and what massive cities tend to have in common. But the similarities concluded abruptly the more we saw, heard and felt of Istanbul. The city was jammed packed with people everywhere emphatically going about their business – a lot of it seemed to be street commerce related.

After settling into our place, we went for a quick walk around our neighborhood and grabbed a bite at one of the infinite kebab places in Ortakoy (our neighborhood).

We got off to a 9am start the next morning and made our way into the old part of the city (Sultanahmet). We planned for a full day of sightseeing and started with the Spice Market. The elaborate market was predominantly lined with spice, fruit and ceramic goods vendors elaborately displaying their stashes. Powder-like piles of yellow, red, brown spices kicked off aromas of saffron, cumin and aniseed. Alongside, mosaic badges of wild tea herbs were simply mesmerizing. Figs, walnuts, dates, pistachios and imaginative sweet concoctions tempted us from all directions. But we survived the high-beat pulse of the market along with the incessant allures from vendors. Although.. our weak spot was exposed as we lusted for some of the beautifully colored/patterned ceramic works – mini-bowls, decorative plates and other ornaments.

Right next to the market was the Yeni Camii (New Mosque), which we visited next. Built between 1597-1665, the new mosque set the stage for two of Istanbuls’s most significant landmarks that we’d see later in the day (the Hagia Sofia and Blue Mosque). Grandiose in appearance, meticulously elaborate in decor and impressive in architectural style, is what struck us about the New Mosque. From there we made our way south to the Basilica Cistern, an incredible piece of underground architecture and innovation built between 527-565 under Byzantine emperor Justinian. 336 marble columns obstinately hold up the ceiling arches and the total capacity for water was 100,000 tonnes. Notably two column bases are Medusa heads (one on its side and the other upside down), showcasing architectural touches from the Roman period. The reason for the unorthodox positions of the heads was so that onlookers would not turn to stone (as legend had it). The dark and mysterious cistern stamped a profound impression on us, in part due to its intrigue, history and balancing act. Aside from serving visitors, the cistern is at times also utilized for classical music concerts due to its acoustics. Side note: a scene from James Bond’s “From Russia with Love” was also filmed there in the ’60s.

Right across from the cistern was our next stop – the Hagia Sophia. Initially constructed as a Byzantine Orthodox Basilica in 6th century, Hagia Sophia would become the world’s oldest and quickest built church (also under emperor Justinian I). It served for centuries as a Christian church until 1453 when Ottomans converted it into a mosque due to their conquest of Istanbul (and beyond). In 1935, Hagia Sophia was declared a museum and has greeted millions of visitors since. The sheer magnitude of the structure and especially its dome can leave you with a soar neck. Remnants of Christianity were still visible in the numerous mosaics (depicting Jesus, Mary and various saints), that adorned the interior. Another highlight were the gigantic Arab calligraphy plates (circular in shape with green backgrounds and gold writing), with words dedicated to Allah and Islam. The highest point of the dome was 160 feet and staring up at it gave off a sense of spirituality.

Next, we made a move directly south to the Blue Mosque as it became known due to its  20,000 blue ceiling tiles. The mosque was built under Sultan Ahment’s reign who wanted it to surpass the magnificence of Hagia Sophia (which he failed to do). We arrived just as the call to prayer had commenced and so waited (in the mosque’s courtyard), until prayer services ended. Then, along with hoards of other tourists we stormed into the mosque to capture our pictures. Blue tiles stood out but did not exceed our expectation of an entirely “blue” mosque. Perhaps the mosque’s real name (Sultanahment Camii), would have kept our expectations in check. Nonetheless, the “Blue Mosque” appeared another architectural marvel with beautiful interior detail.

Making our way past the Obelisk of Theodosius and the Hippodrome, we found our way towards the Grand Bazaar, our last hit on the day’s To Do list. Grand indeed, the bazaar webbed out in every direction imaginable like octopus tentacles. Sticking with our little octopus metaphor, shops specific to any/every product lined the bazaar’s streets like suction cups on our little mollusk friend. Coupled with complete madness from masses of tourists making their way through the narrow streets plus shop vendors doing their best to lure you into their shops, such was the theme of the incongruous place. We almost made it out unscathed but upon exiting we stumbled upon a couple of collectibles shops including coins, bills and other stuff. To resist was sin.

With the evening setting in, we headed for Taksim Square – one of modern Istanbul’s famous plazas. From there we yo-yo’ed our way up and down Istiklal Avenue blanketed by shops/boutiques, restaurants, bars and cafes. With one of local football clubs in action, we got comfortable at one of the bars and watch them work the competition. The local support got thunderous each time the ball found the back of the net for the home-side (Besiktas). 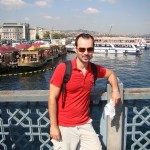 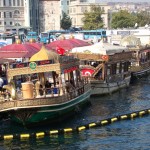 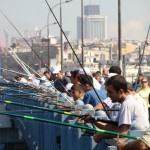 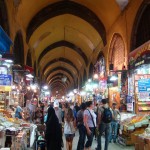 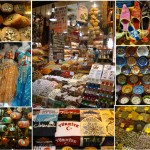 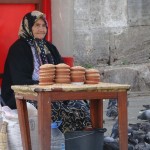 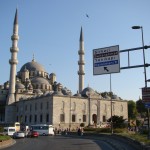 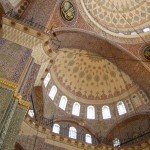 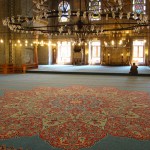 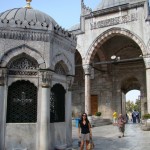 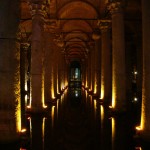 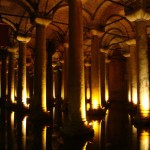 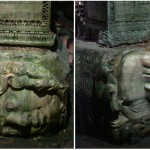 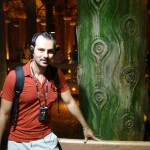 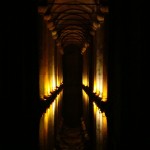 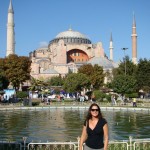 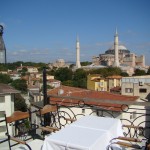 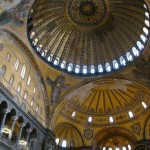 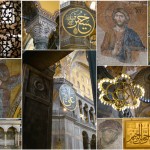 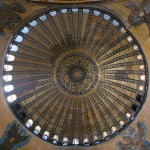 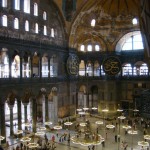 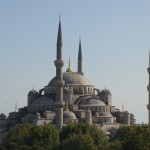 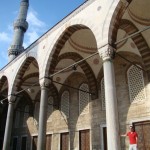 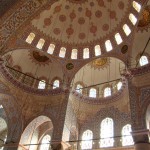 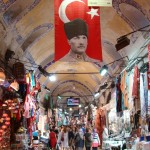 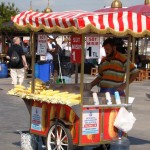 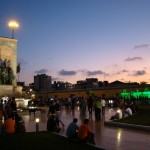 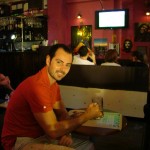