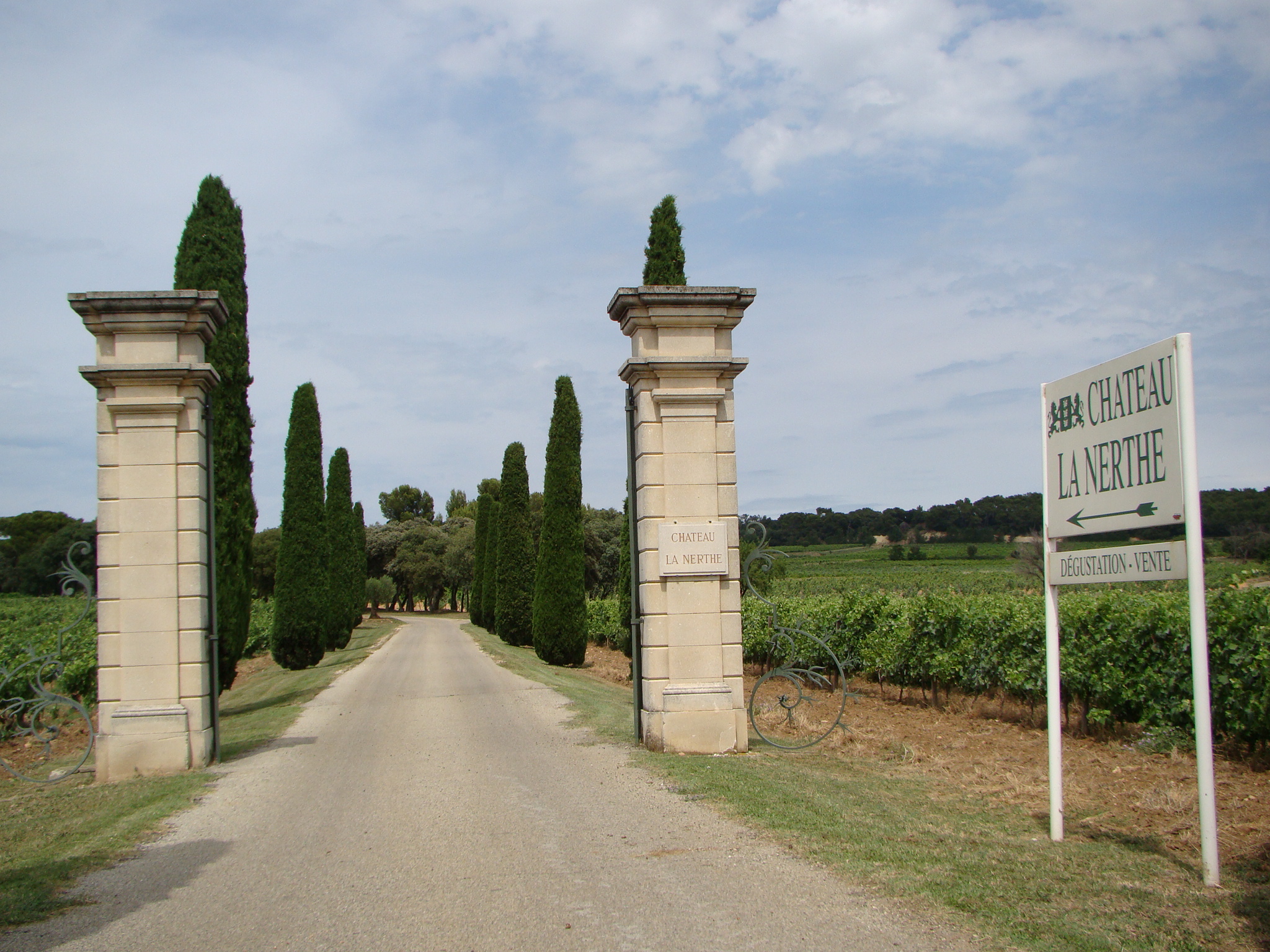 The day I’ve been anxiously awaiting had finally arrived (a day of meandering through wine country and tasting some of France’s finest). We planned for a full day with a morning visit of Avignon followed by tastings in Chateauneuf-du-Pape (a 5-star wine region in my book), Vacquerays and Gigondas. (We actually arrived in Avignon the night before and took a few night pictures of this beautiful city).

Avignon is an old city with centuries of colorful history. Today there are 90,000+ inhabitants, making it pretty sizable. The ancient ramparts still surround the old city and are pretty cool to see. The most notable historic aspect of Avignon is that it was the seat of the Papacy for decades (Pope Clement V moved the Papacy here from Rome due to turmoil in the Italian city). With this came the Palais des Papes (Palace of the Popes), an immense Gothic style palace that took about 20 years to build. So this was our first point of interest and we took an audio tour which provided intimate details of the palace, the Papacy, and politics of the time. Most interesting was the gargantuan size of some of the halls or rooms. Although now mainly bare inside, the audio tour painted a pretty concise picture of the superfluous lives the popes led in Avignon. At one time the Pope’s silverware weighed over 200+ kilos (over 400 lbs). And he was the only one to have a knife during dinners with cardinals and other members of the clergy. The tour of the palace ended in the strategically located gift shop which contained numerous items including wine and fancy olive oil. From there we checked out the famous Pont d’Avignon (Avignon Bridge), that almost crosses the Rhone River. Light rain steered us quickly through the old city and around 11:30am we started making our way towards Chateauneuf-du-Pape.

Less than half an hour later the road hit the edge of Chateauneuf-du-Pape’s vineyards and in the distance we could see the ancient tower perched atop the hill on which the town is located. The town itself served as a retreat for some of the French popes during the 14th century who were fond of the local wine (which then was known as “Vin du Pape”). The town still retains its appeal but today its international acclaim relates to the region’s wine – Chateauneuf-du-Pape, a powerful red blend that’s made from a variety of grapes (up to 13 in fact). A white blend also exists but is produced in a far lesser quantity. To put things in perspective: 320+ wineries, centuries of profound wine culture and mastery, incredible terroir, some of the world’s best wines and notable chateaus, and on top of this all wine tastings were free! Obviously one day here would not scratch the surface, but luckily I had tasted a number of these wines back home and had an idea of which other ones I wanted to try. Our afternoon consisted of several tastings in town and out in the vineyards. A good number of chateaus have tasting rooms or caves in town which adds a lot of convenience for thirsty wine lovers. I felt like a kid in the proverbial candy store, except all candy came in grape flavors and liquid form. I can rave about the quality here for a while and wine lovers and critics alike would agree (it really kicks ass!). Best of all, there are wines for everyone here (everyday type of wines and special occasion wines – another type of wine grown here by most Chateauneuf-du-Pape wineries is Cotes du Rhone, more of a value and lesser prestige type of wine but solid quality nonetheless). We enjoyed a few tastings at caves in town and then decided to hit up an artisanal chocolate/wine pairing factory in the middle of wine country. Not the best way to clean our palates but we couldn’t resist.. right after leaving the chocolate factory we made one last pits-top at Chateau la Nerthe which looked very inviting (this is one of the top wineries in this region with some of its vines pumping out wine since 1902!). Cypress trees lined the gravel road that led to an open iron gate that beckoned us. All around we could see nothing but acres upon acres of grapevines coming out of the ground which is covered by a layer of stones (or galets as they are called here). It took us a couple of minutes to drive up to the beautiful chateau which was built in the 1600s. The tasting room was modern and even more youthful was our host Romain who poured us a sampling of 4 wines from three different vintages totaling a few hundred bucks retail back in the US. The 2005 and 2007 were luscious although far from maturity (they can be laid down for 20 years or more but who’s got that kind of time to wait?). Well, we shortly found out who some of these great “anticipators” are when we got a tour of the cave. As expected dozens of barrels lined the cave and hundreds of bottles (some dating to the late 1970s) filled up the wooden old shelves. Then we saw several batches of hundreds of bottles enclosed in metal compartments. Each compartment had a nameplate on it indicating who it belonged to, as the chateau ages wine for its elite clientele as a courtesy. Among them: Alain Ducasse and some of the most exclusive restaurants worldwide (i.e. Le Tour D’Argent in Paris for one). As our exciting tour ended, I decided to test my long-term patience and I picked a couple of the ’05 and ’07 vintages. Only time will tell..

From here on we made our way to Vacquerays followed by Gigondas for more of the same – wine tasting. These two wine regions (and towns) neighbor each other but their wines (although similar in grape composition), have their own distinct nuances attributed to their terroir. We loved the grape juice here as well!

This was an incredible day in yet another incredible part of this country.