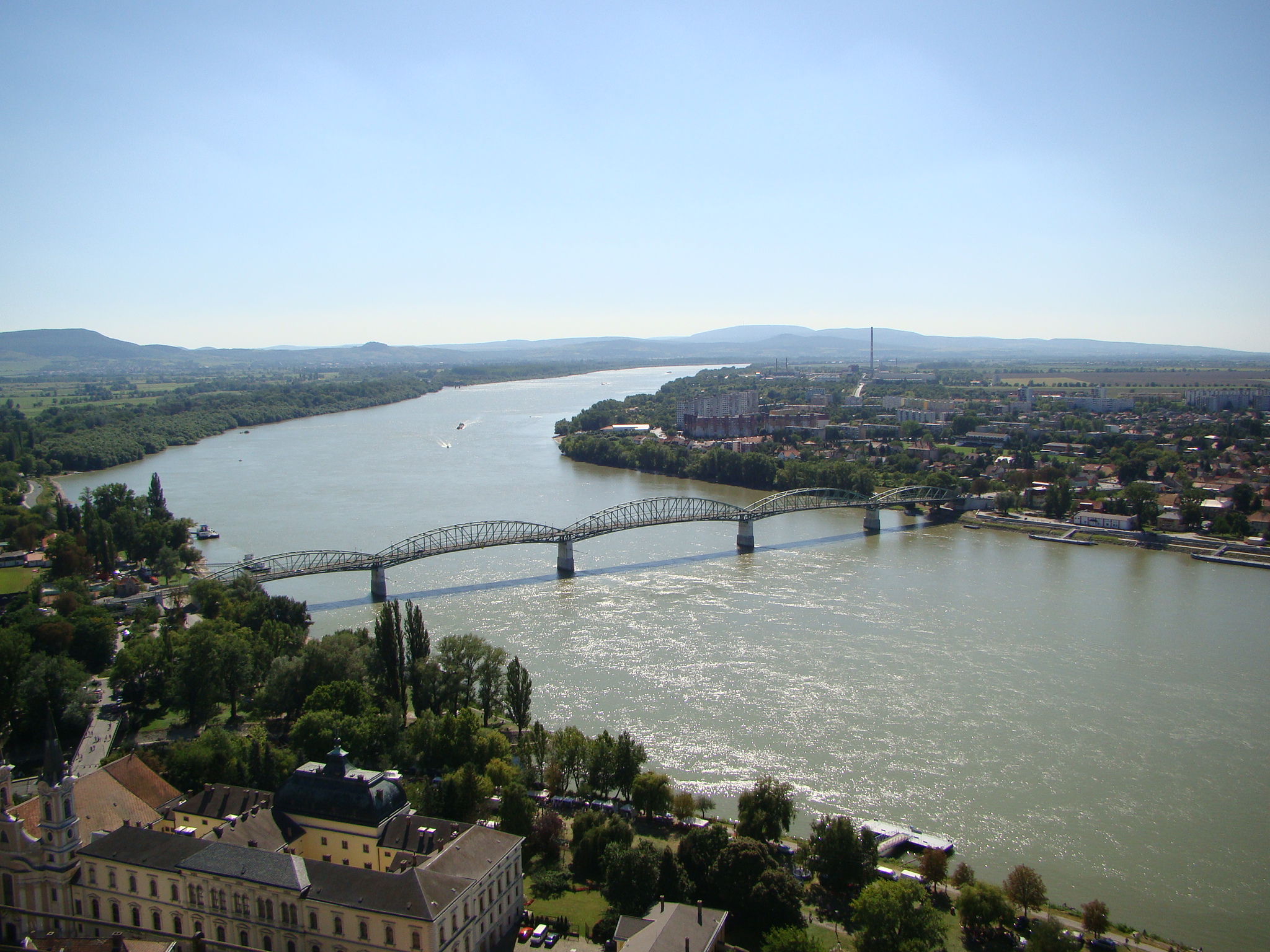 After a couple of solid days of exploring Budapest we opted for a road trip. Our itinerary included one of Buda’s caves, and the towns of Esztergom and Visegrad.

Budapest is not only fascinating above ground but under as well – there about 200 caves under the Hungarian capital but only 3 are open to the public. We kicked off our morning with a visit to Palvolgyi Cave, figuring the cool 40-degree temperature would aid in combating the heat. Our tour was in Hungarian but luckily our guide slammed in a couple of English translations from time to time. There were several formations she had pointed out resembling various animals (as is the case in most caves so long as the visitors have somewhat of an imagination). But lacking imagination and appearing glued to the cave walls were a couple of intact sea shells, the basic material that formed the cave about 40 million years ago. Staring at the little shells made us wonder if some things may last forever after all.

From the cave we headed for Esztergom, a little less than an hour away driving northwest. The town is significant because it’s home to the famed Basilica which was the first cathedral built in Hungary (by King Stephen). It’s also the tallest building in Hungary with an incredible dome that had us flexing our necks backward in awe. At that moment we didn’t realize we’d climb the 200 feet for the spectacular view but that was our next move. The wind at that altitude was persistently noticeable but so was the countryside with the Danube just down below and Slovakia on the other side of it. From the dome we descended into the Egyptian styled crypt which serves as the resting place for prominent members of the Hungarian clergy. This was Brigitte’s favorite part of the Basilica. The sheer might of the stone columns coupled with the graves and two Renaissance statues representing “Mourning” and “Eternity”, gave off a feeling a total serenity.

Next we headed for Visegrad where we checked out the town’s 13th century medieval castle. This was where the crown jewels were kept for nearly two centuries. Later during the 16th century it sustained significant damage from the Turks and was no longer used.

As evening rolled in on us, we headed back for Budapest and squeezed in a visit to Memento Park – an intriguing yet bitter reminder of Hungary under Communist rule. The park contains numerous Soviet and Communist statues that were spread throughout the city. Lenin, Marx, Engels, red soldiers, rifles – the iron fist in full effect. The park was well done and symbolizes a not too distant past that infinitely begs the rhetorical “why”. The park made for awesome pictures.

Tucking away those dark memories we made our way back into the heart of Budapest for the biggest celebration on the country’s calendar – St. Stephen Day. Watching the explosive and lavish  fireworks display over the Danube was not only beautiful but symbolic of Hungary’s determined onward march from a not too distant and muddy past.