Our next destination was Holland so we continued north by train (from Brussels) to The Hague where one of Brigitte’s good friends (Hind) lives. We had arranged to stay with Hind for 3 days to catch up, see the city and its nearby areas.

The first day, we had planned to go visit The Hague but unfortunately torrential rain (for the entire day) kept us at home. This allowed us to catch up on a few things and watch some Dutch television (including a few old American sitcoms and an old episode of Oprah – good times!). Thanks to facebook, we also found out that one of Brigitte’s old high school friends (whom she hasn’t seen in about 17 years) was also in The Hague with his wife (visiting his brother). So we decided to link up the following day and visit the area together.

Nawfel and April picked us up the following morning and we started out by driving to the medieval town of Delft (only about 15 mins away). Delft dates back as early as the 11th century and has seen its fair share of history including the murder of Prince Willem van Oranje (who is one of Holland’s most significant figures as he successfully fought for Dutch independence from Spain in the 17th century). The town has been preserved exceptionally well and is lined with canals which accentuate its charm. It’s also very walkable so we spent our morning doing the historic tour after having breakfast in the main square (which overlooks the Town Hall). Delft is also renown for its Delftware – a distinctive hand-painted blue ceramic pottery; so the next stop was the Royal Delft Factory with its 350 year legacy of fine porcelain manufacturing. There, we enjoyed a comprehensive tour which walked us through each individual step of the process. The workmanship and meticulous attention to detail is ridiculous (it actually takes about 5 years to become an authorized craftsman), which may explain some of the exorbitant prices in the gift shop (we saw some pieces going for over $10,000!).

From the Porcelain Factory we decided to head back to the Hague and finally see it. Nawfel and April had been there for a few days so they took us down by the beach where we had lunch together. The boardwalk was lined with restaurants and concession stands and apparently this is a popular destination for beachgoers and tourists alike. There were tons of people everywhere even though it was only about 60+ degrees out. A sunny day here is not to be taken for granted.

After the beach Nawfel dropped us off in the town center and we decided to meet up later around 9pm for a drink. So Brigitte and I had a few hours to visit The Hague’s key landmarks and local hotspots. The Hague plays an important role domestically and internationally – it’s home to the Dutch Parliament, Government and Royal Court as well as The International Court of Justice and The International Criminal Court (designed to prosecute people for genocide, war crimes, crimes against humanity and crimes of aggression). The Hague has many faces: modern and cosmopolitan, historic and royal, multiculturally diverse and “beachy”. There were numerous intricate streets in the old center that flowed into plazas ripe for a vibrant social scene. The bars – including the one we went earlier that day which was around since the 1600s – were filled with people as the night got started around sundown (10pm).

We topped off the night by spending time with friends (old and new). We not only met up with Nawfel and April but also Sandra (who was in town for work) and Flo (who came up for the weekend to party and be with Sandra). It became a mini high school reunion for Brigitte that lasted well into the night! 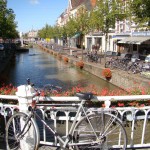 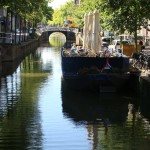 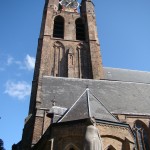 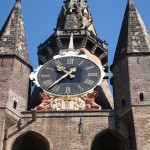 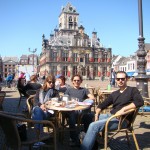 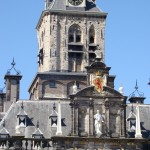 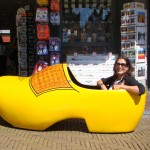 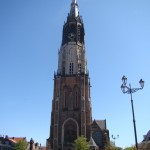 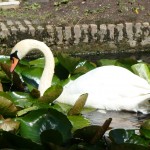 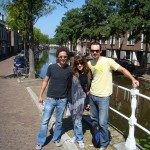 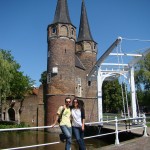 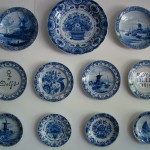 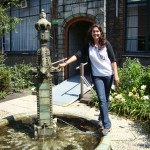 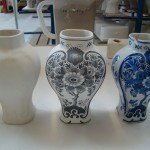 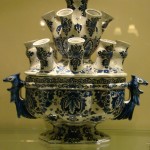 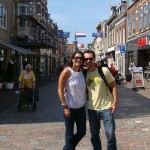 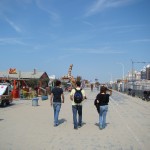 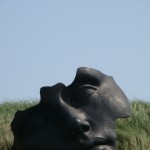 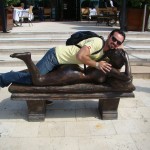 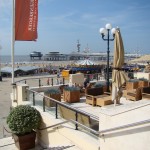 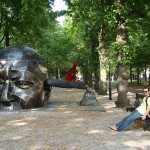 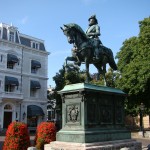 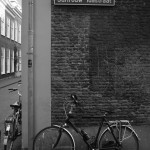 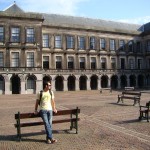 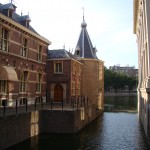 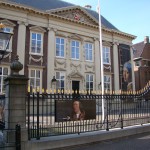 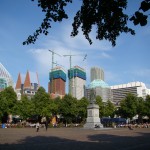 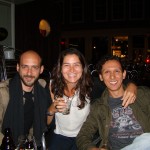