Day 2 in Brussels looked very promising for more sightseeing with a forecast of 79 degrees and sunny skies. So we decided to continue with the Art Nouveau circuit we had started a couple of days earlier. But unfortunately about an hour into our walk the weather turned cloudy and cool with that dreaded feel of imminent rain – still, we remained undeterred and got a couple of hours in before it actually started to rain. In a city so rich with the Art Nouveau architectural style, it was a lot of fun first spotting these buildings and then identifying their subtle differences and similarities. All of which are uniquely beautiful.

As the light rain started to set in we made our way over to the city’s museum complex intent on seeing the Magritte Museum (something Brigitte’s been wanting to do for a while). Rene Magritte is a Belgian artist (from Brussels) who’s known for his surrealist paintings including The Son of Man and The Treachery of Images (This Is Not A Pipe). I wasn’t too familiar with his work but really got to appreciate his unique style which sort of rhetorically begs the viewer – what is and what isn’t?  At least that’s the impression I got. Magritte’s canvas has no boundaries and neither does the obsessive struggle of interpreting his work. I loved the exhibit which was very well put together and also displayed the varying styles of the artist (with surrealism taking the main charge). Some of my favorite pieces included a few old ads (or vintage posters as they are now known).

From Magritte we dashed over to another gallery (as the rain had not abated) and checked out another great exhibit (on graffiti) at the Ixelles Museum. The graffiti movement in Brussels picked up steam in the early 80s and today is superfluously exhibited throughout various neighborhoods. It was pretty cool to see how the inspiration for this artistic movement stemmed from good old NYC (thanks to tags from the late 70s and early 80s sending shockwaves across the Atlantic).

As the evening was upon us, we met up with an old friend (who moved here from Paris) to grab a beer and a bite. First we started at one of the staple beer places of Brussels (Moeder Lambic) which produces its own beer. The cool part was ordering off the menu by telling our server what qualities/nuances we liked in beer and then anxiously awaiting the first sip (affirming or disbarring his ability as beer server). Let’s put it this way, even Brigitte who doesn’t like beer actually really enjoyed the selection she was served. Well done beer guy!

From “Moeder Lambic” we made it over to a real cool “downtowny” area lined with restaurants, cafes, bars and galleries – I couldn’t help but think Soho. “Fin de Siecle” was where Guillaume brought us – an art nouveau space with a very tall ceiling, rustic tables and a vintage feel about it. The atmosphere was convivial with bodies occupying most of the square footage in the place, most with drinks in hand, setting the scene for dinner. Guillaume suggested a couple of Belgian specialties so Brigitte and I heeded his recommendations (Brigitte went with the ham on the bone with mustard sauce while I elected the beef stew made with Chimay beer) – simply delicious!

Another great day in this awesome city came to a close… we realized how lucky and thankful we were to our friends (Sandra and Guillaume) for showing us such a memorable time. Merci! 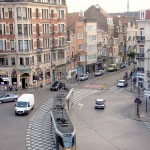 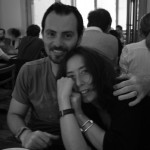 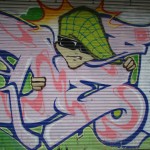 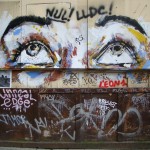 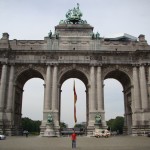 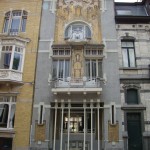 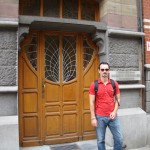 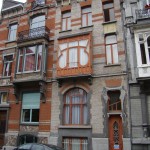 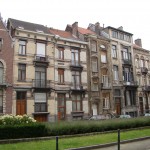 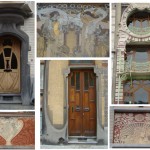 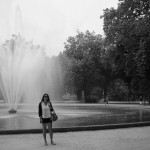 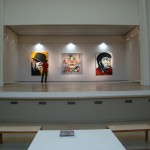 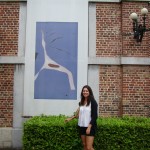 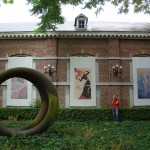 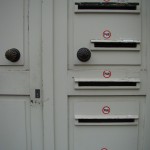 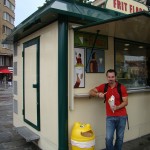 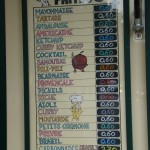 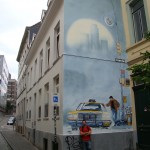 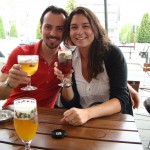 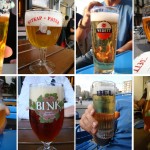 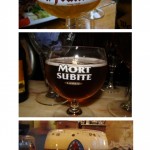 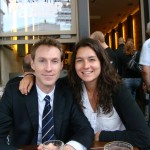 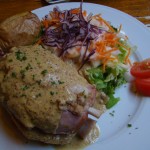 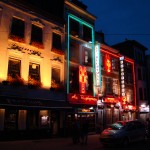