To kick off our tour of Eastern Europe, we decided to drive to the Czech Republic via Germany. Nurnberg would be our mid-way point and stop for the night.

We arrived in the industrial German city by 7pm and decided to grab dinner in the old town which is surrounded by an impressive fortified wall. Nurnberg is a sizable town with a population of 500,000. It’s also rich in history dating back nearly 1,000 years but more notably/recently the Nurnberg Trials were held here in 1945 (against the Nazis for their crimes against humanity and peace). We walked around the fortified old town and found a local restaurant where we ate the famous Nurnberg sausages accompanied by sauerkraut. Fittingly Brigitte selected a German dry white wine and I went with a Spalter (local pilsner). Unfortunately we left our camera at the hotel so those 6 Nurnberg sausages will have to live as a mental imprint. But our shot at redemption came the next morning during our more comprehensive visit of the old town. Right after having a chocolate cream filled croissant for breakfast we stumbled upon a sumptuous meat shop where we just had to have sausages – making good on our protein part of a complete breakfast – and of course capturing it on film.

Powered up by our second breakfast we completed our tour of Nurnberg by visiting its Gothic style St. Lorenz-Kirche and the Frauenkirche (Church of Our Lady) with its enormous Cuckoo-style clock. The St. Lorenz church was under partial renovation but still exhibited exquisite class with vibrant stained-glass windows and ornate interior relics. Also part of our tour was Albrecht Dürer house located on Albrecht Dürer street right by the fortified wall. Dürer is considered by many as the greatest artist of the Northern Renaissance. Shortly thereafter we concluded our tour, jumped in the car and headed for the Czech Republic!

On our way to Prague we noticed a sign on the highway for the town of Plzen or Pilsen. As the name indicates, this was the birthplace of Pilsner beer and the town is home to a brewery museum as well as the mighty Pilsner Urquell. The museum was our first stop which provided a detailed and informative tour of beer, its history and Plzen’s role in the creation and fabrication of pilsner. Our tour ended after about an hour at which point the complementary glasses of Urquell quenched our thirst. “Pivo” is Czech for beer which is highly ubiquitous around here and also one of the 3 or 4 Czech words I know.

After the brewery museum we walked around the main square taking pictures of the beautiful building facades. In the center of the square stood the Church of St Bartholomew, a gothic style cathedral built in the 13th century. Climbing its 102 meter tall tower was well worth the shortness of breath and the $2 admission fee. The view from up top was special. 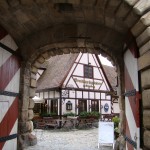 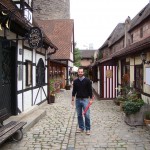 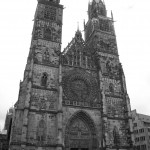 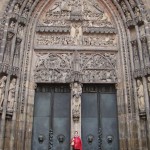 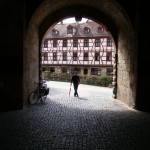 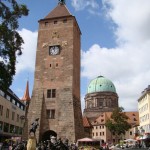 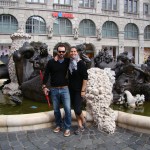 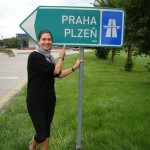 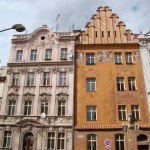 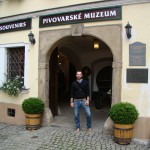 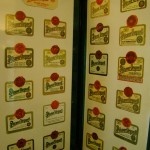 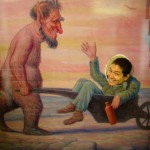 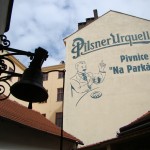 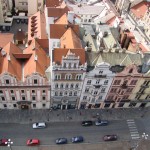