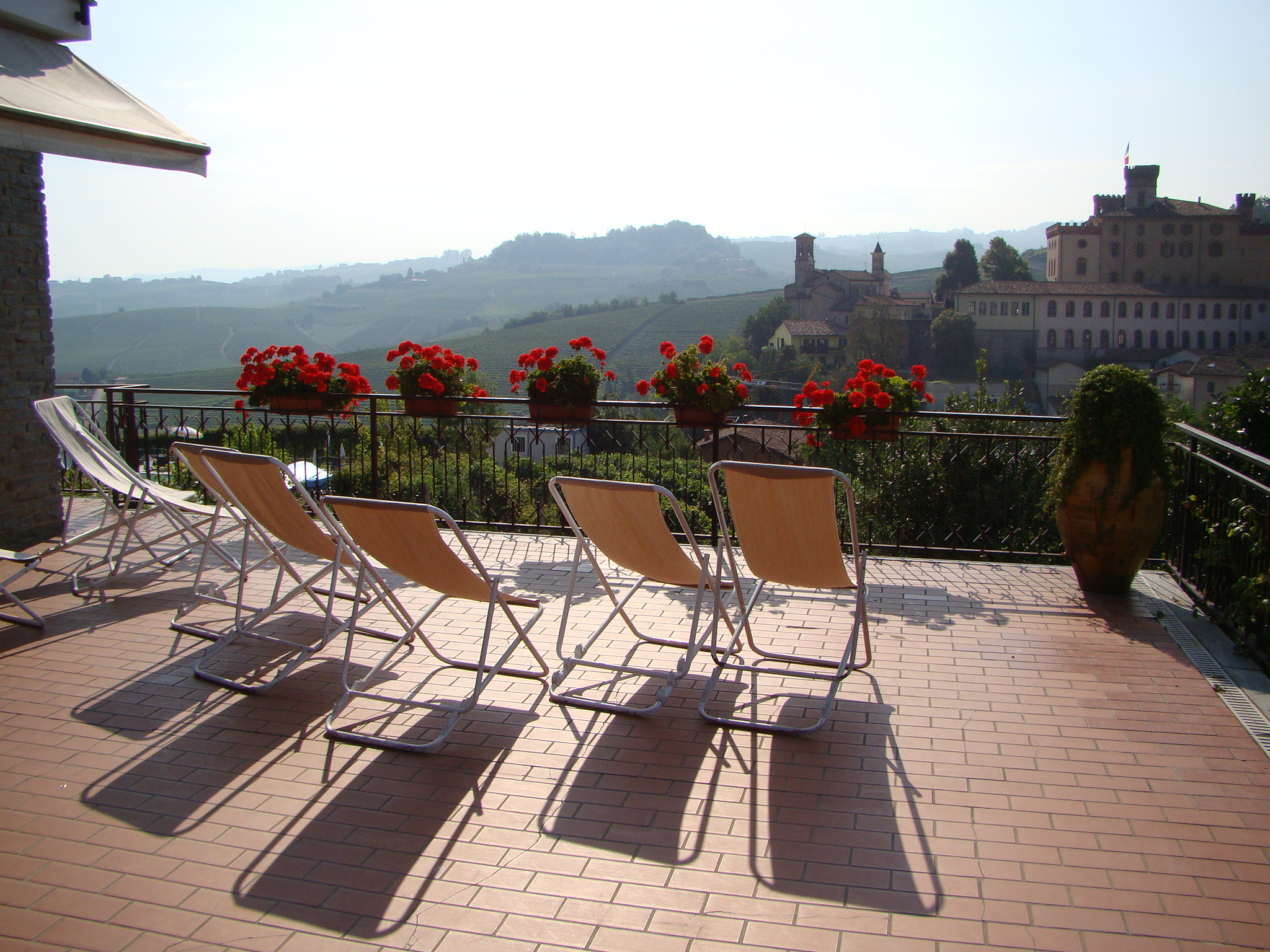 Ah Italia.. a trip to Europe just wouldn’t be the same without a stopover in Italy. Initially we didn’t plan for Italy for our trip but when Brigitte’s dad and Samira suggested we visit Barolo for 3 days, we accepted with exuberance. They wanted to show us the area they fell in love with over 10 years ago, and also celebrate James’ birthday in the heart of North Italy’s wine country.

We left relatively early Thursday morning with the anticipation of making several impromptu stops along the way. James opted for traversing the Alps through Switzerland and entering Italy from the northwest. The first couple of hours cut straight through Switzerland’s paralyzingly beautiful countryside – green pastures blending with rolling hills and terraced vineyards giving the impression of green parcels sown into the landscape from various shades of green thread. Our first stop was the Grotte aux Fées (“Cave of the Fairies”) in St-Maurice, a 0.33 mile deep cave tucked away in the Dents du Midi mountain chain. Cool and damp inside with sub-par illumination was the path we followed until it gave way to a beautiful waterfall (highest waterfall in a show cave). The water was falling from approximately 250 feet up but it was impossible to see any natural light up there or a crevice leading to the outside. It was a pretty cool sight!

A little later while still maneuvering through Switzerland and its wine country, we stopped at Saillon to see the world’s smallest “vineyard” – 3 vines within a 2 square yard parcel. The vineyard is symbolic and actually has a different “owner” each year with proceeds from wine sales going to charity (the yearly harvest is mixed with that of local vineyards for a total production of 1,000 bottles). The Dalai Lama is its current “owner”. The 3 vines taken out of context didn’t look like much but the surrounding landscape comprised of terraced vineyards planted on the sides of mountains was surreal. In certain areas the layers of vines appeared so abrupt leading me to think that harvesting those grapes would require an acrobatic touch or maybe even a harness.

The next stretch of the road snaked upward and deeper within the brotherhood of intimidating Alps, leading to several tunnels of which one finally spewed us out over the Italian border. From there it was all downhill, the mountains slowly faded in the rear-view mirror and within an hour or so the landscape plateaued out completely. But soon it all took shape again, this time rolling hills dominated both sides of the road as we made our way deeper into Piedmont (northern part of Italy where Barolo is located). Up and down the hills we went and and eventually vineyards filled the landscape as far as the eye could see. This was it, this was Barolo, The Barolo! One of Italy’s mot revered wine regions, a world-class wine, and also a small village with an impressive castle as its distinguishing landmark (Castello Barolo).

The beautiful Hotel Barolo served as accommodation for our two night stay, a family run business that stretches back four generations. But more significantly the family (Brezza), specializes in wine-making with Barolo being their most prestigious output. So naturally we got a tasting from the maestro himself (Signore Brezza), right in his cellar. He opened up with the Dolcetto and Barbera (two younger and fruitier type wines), and then worked his way up to his Barolo portfolio. Barolo is exclusively made from the Nebbiolo grape and requires a minimum 3-5 years aging by law (2-3 years in oak and the rest in the bottle). We tasted four different Barolos from his latest vintage (2007), with the distinguishing factor being the location of the vineyards where the grapes were picked from. Some vineyard parcels may receive more sun or may have a more favorable geographic location which gives them an advantage. And ultimately this is what dictates price. Canubbi, Sarmassa and Bricco Sarmassa are among the different Barolos (or vineyard parcels) we tasted and savored. Brezza’s wines were very impressive and as the old man said himself “Barolos are like women – they get better with age.” In fact a fine Barolo at its peak will have at least 10, 15 or 20 years behind it – but who’s got that kind of time to wait?

Our first night in Barolo concluded with a 5 course meal at Brezza’s Hotel Barolo fittingly washed down with a 2007 Brezza Barolo. What a way to kick-off our Italy escapade!

The next day with the sun blazing in the clear blue sky, we headed for the nearby towns of Barbaresco and La Morra. Barbaresco is another renown wine (and wine region), that also makes fancy work of the Nebbiolo grape. The village of Barbaresco is charming and lined with enotecas/tasting rooms similar to Barolo. Another big parallel is that numerous wineries produce both Barbaresco and Barolo wines. Walking around the village led us to Enoteca Regionale del Barbaresco (located inside an old church) – the central tasting room and shop for most of the Barbaresco producers. What a setting for our morning tasting!

From there we made our way to La Morra, another little village just a few miles away. La Morra is perched up on a hilltop which offers a panoramic view of the region’s rich landscape mostly in vineyard form. After absorbing the views we grabbed a tasty lunch at one of the local restaurants.

Later that evening while back in Barolo we visited the Museo del Vino which is housed in Castello Barolo. The layout inside the museum is extraordinary and highly imaginative but somewhat impinging on the edge of insanity. It felt like being sequestered inside the unpredictable mind of its creator. Overall it was very interesting.

Next, it was on to celebrating James’ birthday with a dinner at La Cantinetta. This meant attempting to eat our way through another 5 or 6-course meal made from the freshest local ingredients including white truffles, homemade pasta and melt in your mouth carne cruda (tartare). Our Barolo choice for the evening was an elegant 2006 Francesco Rinaldi e Figli, perfect for toasting James’ birthday.

The next morning we packed our bags and headed back for Evian, leaving behind beautiful Barolo but holding on strong to the new memories we had just created. Now I understand why James and Samira are drawn back to Barolo each year. Thanks again to them for our wonderful trip!