B-A-L-I, Bali! A place that’s so talked about as 2 million tourists visit each year, and we were eager to find out why. The large island is home to 3.5 million Indonesians who consider themselves Balinese first. Their unique culture, religion (Hinduism is most predominant), and character is what sets them apart from the rest of Indonesia.

We planned on spending 8 nights on the island split between Seminyak for “sunning and beaching”, and Ubud for the the countryside and culture. Thanks to Rita and Philippe (good friends of James and Samira) who kindly offered up their town-house in Seminyak which put us in a prime location. From there it was easy access to a long stretch of beach, Bali’s renown restaurant/bar scene and plenty of shopping. But for us the primary focus was relaxing on the beach, and so for 3 days we really didn’t extend ourselves too much beyond that. We started with the closest beach (Double 6 or the one right next to it), which really stood out but not in the most positive way. Due to the rainy season and larger volumes of water plus people not keeping the rivers clean, a deluge a trash had spilled into the ocean. This meant plenty of non-biodegradable debris scattered all over the beach. But some of the local guys who rent out beach chairs made an effort towards the gargantuan task of sweeping up the trash. It was a start. And astonishingly 2 days later (by the weekend), the beach was spotless! Perhaps the more concerted effort to maintain it clean comes closer to the weekend in anticipation of incoming tourists.

Another day meant another beach, this time it was Jimbaran. Armed with a gift certificate to the Four Seasons Hotel (wedding gift courtesy of Tarek – merci encore!), we hopped in a “taksi” and made our way over for lunch. The impeccably manicured cliff grounds overlooking the bay were stunning. Also impeccable was our lunch, Brigitte’s double salad order and my chicken burger were simply delicious. Not to mention the refreshing glasses of Viognier and Riesling that accompanied our meal. We voraciously imbibed as much of the scenery as possible knowing it was to be ephemeral. But we did get a good sense of how “the other half” lives. At one point we noticed a waiter wiping clean the sunglasses of a patron at the table next to us. Unnecessary and somewhat slave-like in my mind but I suppose when you spend $800 (or more), a night  that’s just a common courtesy. The Four Seasons actually didn’t have its own beach but right next door sat the clean whitish sands of Jimbaran beach. We rented 2 beach chairs and lazed about for the entire afternoon and into the evening. It was hot, very hot and the frequent dips in the Indian Ocean helped us cope. Jimbaran offers great sunset views and it’s also littered with beachfront restaurants dishing out local sea fare. After sunset we made our way up the beach for about a mile and a half and settled on a beachfront table at one of the numerous places. The fish was delish!

The next day (our last in Seminyak), was a repeat of the previous couple of days. But this time around we checked out a couple of places that Izabel had recommended to us. We stopped at Cafe Bali for lunch and the place immediately drew us in. The wooden colonial-style restaurant was very open (lots of natural light), and its bright country-like decor made it prime for a Country Home/Real Simple magazine shoot. After a yummy lunch we hit the beach again where we also enjoyed drinks at Ku De Ta, Izabel’s other recommendation. The beachfront lounge with a broad view of the ocean seems to have the perfect location. It’s the kind of place that infuses your imagination while gazing into the horizon, sipping on a cold drink and listening to lounge music beats. Not a bad way to spend part of the day, not bad at all. 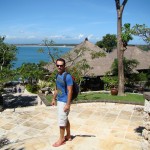 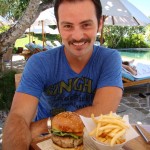 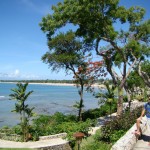 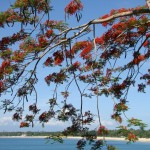 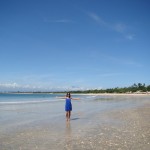 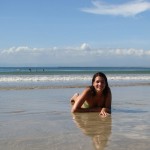 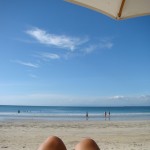 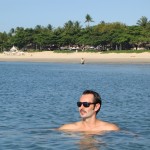 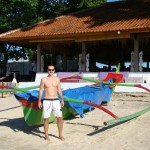 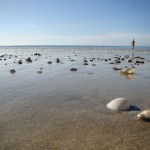 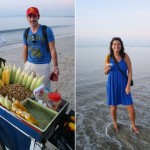 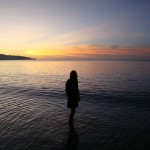 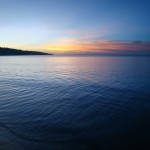 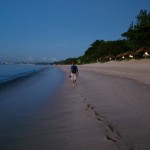 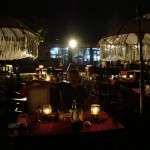 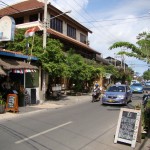 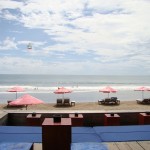 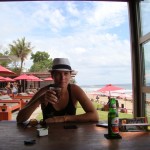 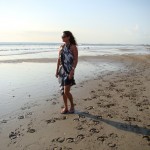