Evian, so much more than just a pretentious water brand. Today we finally tackled this old town via a historic tour and found it to be a gem nestled along Lake Geneva’s waterfront. This medieval town dates back to the 12th century and it’s also the birthplace of Evian natural mineral water which trickles down from the Alps. The wild thing is that the original source/well is still an open tourist site and anyone can just drink from it or fill up a few bottles. The water itself takes about 12 years from the inception phase (rain from the Alps), until it pours out of the Buvette Cachat or point of emergence (we both had the pleasure of enjoying it straight from the source).

The Cachat Pump Room is a gorgeous Art Nouveau building constructed in 1903 and today serves as the Evian Natural Mineral Water exhibit (it made for some beautiful pictures).

Next on our tour was jumping on the funicular train to the Hotel Royal; the train was built to transport the hotel’s workers up a serious hill during the early 1900’s. After that we checked out the Hotel de Ville (City Hall), which was once the private residence of a photographer (Antoine Lumiere). We got a few pics of this palatial government building that still has a couple of rooms open to the public. Last on the list was the Le Palais Lumiere, a former spa/bathhouse which was converted into a cultural center 5 years ago. Unfortunately it was closed when we passed by so we figured the Evian Casino was an appropriate way to end the tour but rolling up in shorts and my Marc Jacobs flip flops (which is totally cool in Las Vegas), didn’t do the trick here. Apparently closed footwear is required for men. So much for roulette!

At least we ended our day on a high note by visiting Brigitte’s old friend Priscille from Thailand (they go back to when they were 5 years old). We had a great dinner at their house (in St. Julien-en-Genevois), accompanied by bubblies/wine and met their adorable kids (Andrea and Zoe) and husband Paolo. After dinner, we caught last train back into Evian-les-Bains… 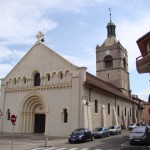 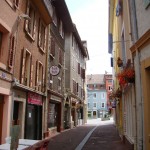 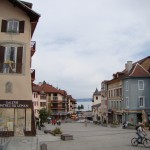 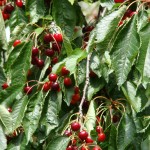 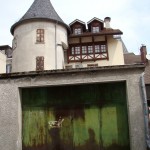 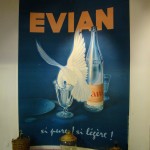 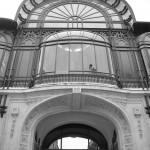 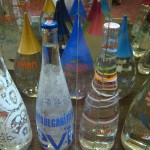 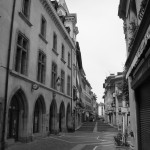 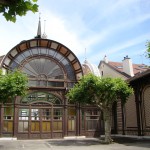 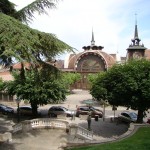 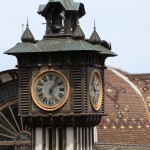 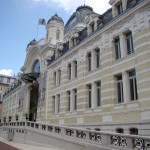 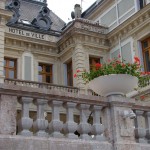 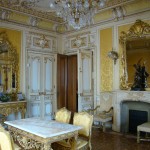 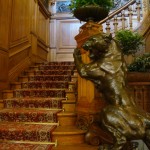 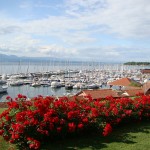 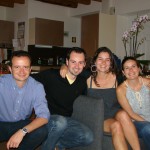