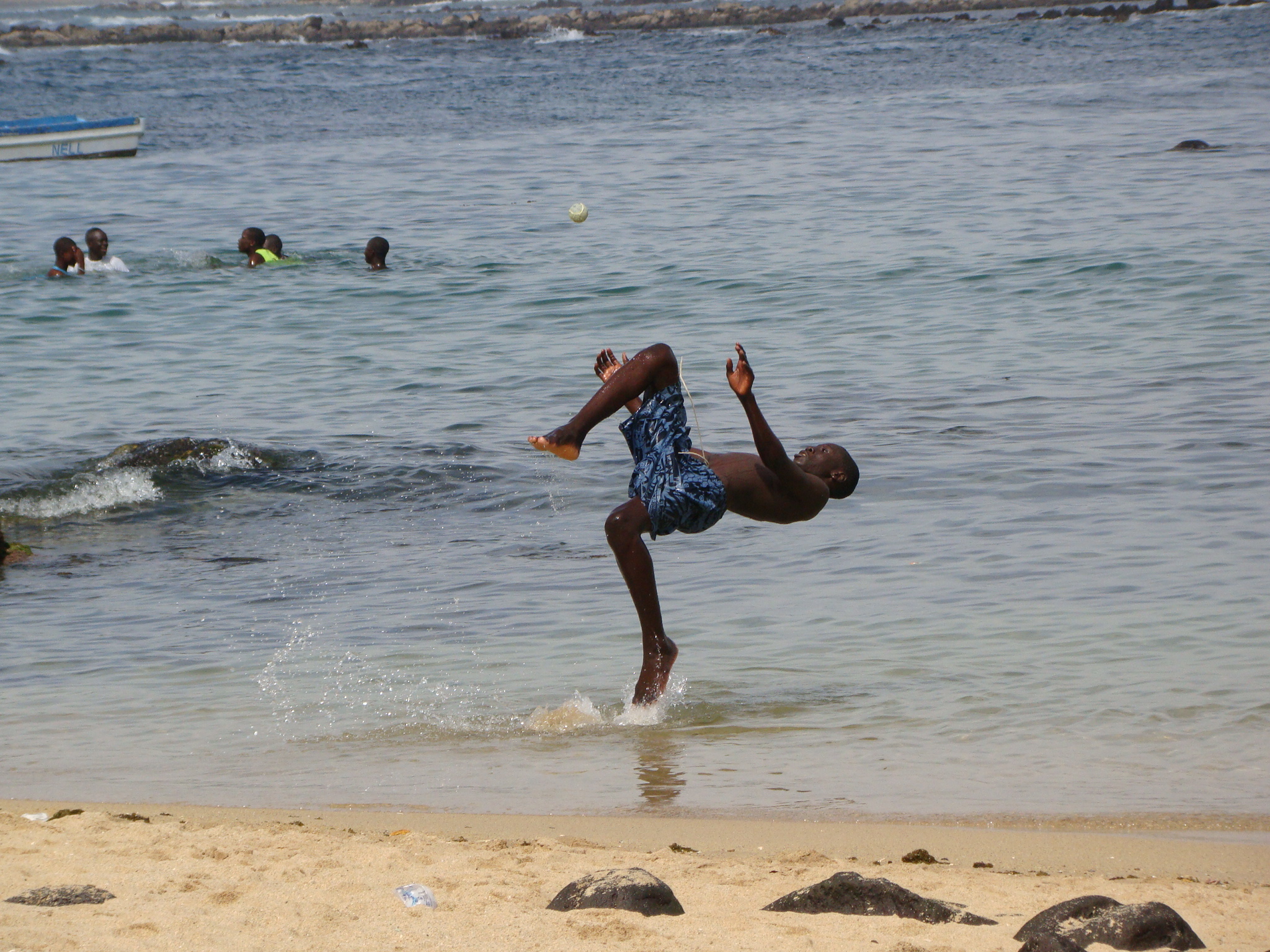 Our last couple of days in Dakar were fairly mellow and served as a nice way close out our trip. On day 13, we took a half-day trip to another island off Dakar’s northern coastline. Ile de Ngor was our destination and a motorized pirogue took us there (5 min ride – 400 meters off the mainland for 500CFA). The island’s main features are its Surf Camp and numerous restaurants. There were tons of kids in the water on the mainland and also at Ngor. Another very noticeable thing about Dakar was its fitness-centric culture. A couple of guys actually swam from the mainland to Ngor which made for a great swim given the clear and crisp water (there were also a few other guys working out on the island – making use of rudimentary calisthenics as a way to sculpt their physiques). The water was definitely tempting but I didn’t have my bathing suit. Instead of the beach, we walked around the island which was much smaller than Ile de Goree. We took a bunch of pictures and then descended upon one of the beach front restaurants for a quick bite. Brigitte opted for the Yassa chicken one last time and I went with a grilled Daurade (local fish). The food was great and of course we shared a Gazelle beer which became the perfunctory drink for this trip. From our table we enjoyed a great view of the water and the mainland beach. This was also a great time to reflect on the past few days..

Day 14 was our final day in Senegal and coincidentally Philippe had toleave that day too (although for work). We had our last yummy lunch with Philippe and Charlotte on their large balcony/terrace and enjoyed the view of Atlantic Ocean waves crashing onto the beach. After lunch we dropped Philippe off at the airport and then made our way to Dakar’s Lighthouse -built in 1864- which is located atop a volcanic hill (in the Mamelles neighborhood). While it took us about 20 minutes (of uphill walking) to reach the lighthouse, the pay-off was in form of the spectacular views of the city and the coastline. The breeze up there was also very pleasant as it aided in battling the intense heat.

After the lighthouse we figured we had time for one last drink and Charlotte suggested going to the former Club Med at Almadies. There is a new hotel there now and the grounds are pretty impressive. But most notable was that we stood at the westernmost point of the entire African continent – looking in the direction of the New World.

From there we headed back to the apartment to pack and later make our way over to the airport. It was farewell to savory mangoes, a city full of life and vibrant colors, and a country and people that profoundly touched us.