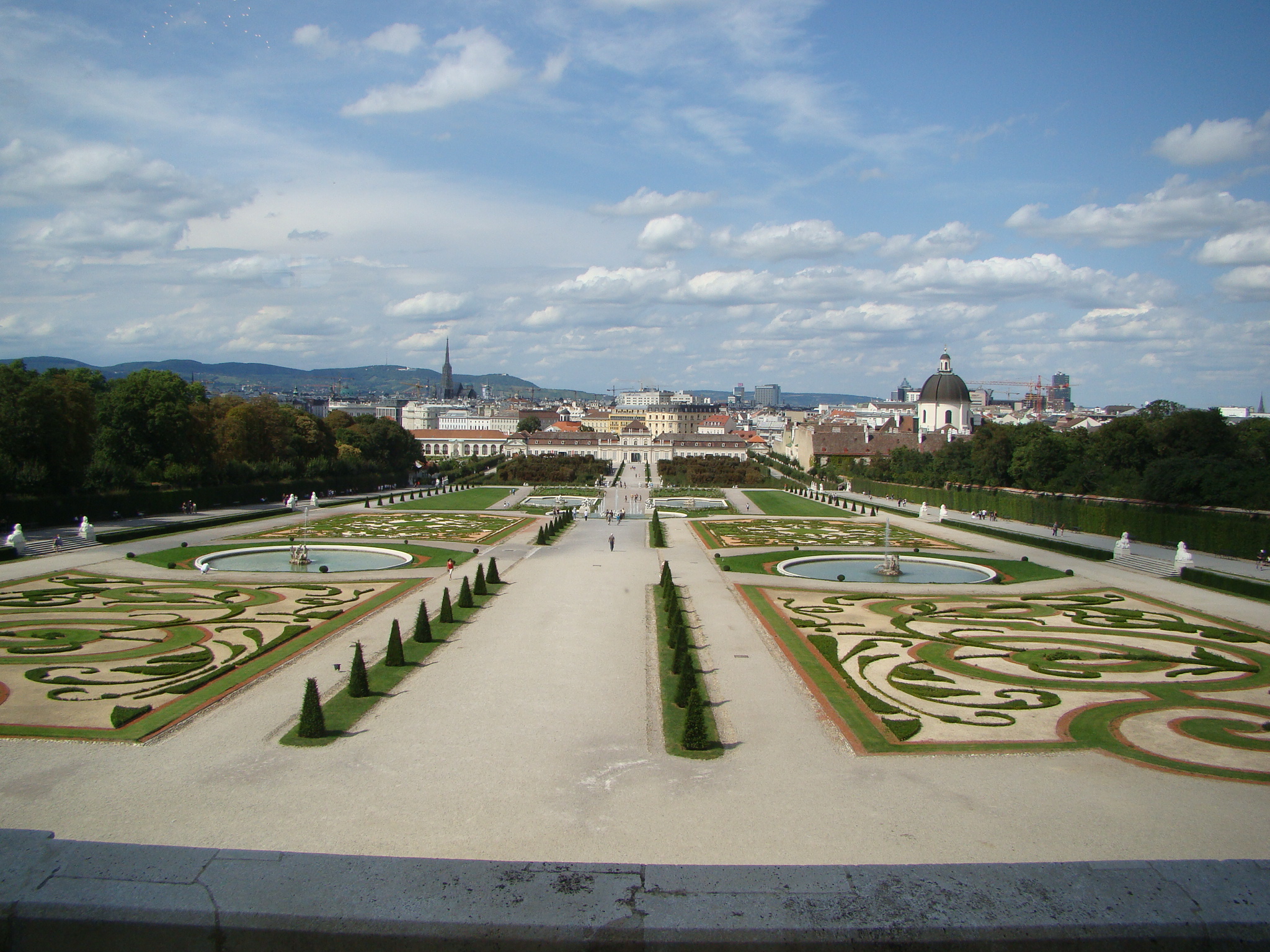 The back country road connecting the Czech Republic to Austria seamlessly brought us across the border (into Austria). What was once an actual frontier checkpoint is now nothing but a desolate crossing where you simply slow down before hitting 60mph on Austria’s departmental roads. A circular blue sign speckled with the European Union’s yellow stars greeted us by saying Österreich (Austria in German – the country’s official language). Just when we perfected our 5 or 6 word deep Czech vocabulary, it was time to revert back to German. That’s the beauty of the EU, borders today are more less symbolic but languages serve as deep rooted national identities.

Our drive through Austria’s countryside (en route to Vienna) was illuminated by the evening sun. Golden wheat fields mixed with deep green forests and a pale blue sky which escorted us over from the Czech Republic. It was the perfect evening for a drive through an unfamiliar but beautiful land.

We made it into Vienna by 7pm and decided to walk around the old city and grab some dinner. First impressions are important and Vienna cast its spell on us through its architectural might. It was difficult to draw comparisons to other cities but buildings here come with grandiosity (think Washington DC’s Mall), and sexiness (think Paris and Prague). And they are also remarkably clean – the place looks almost brand new. We passed by a few significant landmarks (the Rathaus or City Hall, the Opera and the Imperial Palace), before turning into the city’s main artery that led to the pedestrian zone. Dinner outdoors at a place named Cortese was delicious.

The next day we opted to drive out 70 miles west of Vienna to visit the stretch of medieval towns along the Danube (between the towns of Melk and Krems). Even better this was also one of Austria’s main wine growing regions called Wachau. We kicked off in Melk where the town is dominated by the Melk Abbey (or Stift Melk), a palatial Benedictine monastery founded in 1089. Today the abbey is in the Baroque style after renovations were made throughout the 18th century. We did a tour of the magnificent place including an exhibit on relics from the monks. From there we popped into the annexed church which was superfluously decorated in the Baroque style as well. But the abbey’s room that stood out most was the library – over 100,000 books neatly organized on shelves occupying every inch of the room, with some titles dating back a couple of centuries.

From Melk we enjoyed the drive along the bank of the gluttonous Danube (with terraced vineyards to our left), zipping from one village to the next until we hit Dürnstein. The tiny village was not just our intended destination.. overloaded with tourists (and tons of bikers sporting tight spandex shorts), Dürnstein is a tourist magnet due to its intrinsic charm and the Kunringerburg Castle ruins perched up on the hill right behind it. Our ambition of mounting the ruins ran strong despite the 85 degree temperatures. 350+ steps later (or 25 minutes of climbing), we were rewarded with a gorgeous view of the valley down below.

After descending back into the heart of the village we paused for a typical Austrian lunch (schnitzel with fries), and washed it down with local Grüner Veltliner – a crisp white wine meant to be consumed young (we both loved the Grüner). Another well-known varietal grown in the Wachau region is Rieseling.

Next we made our way towards Krems (about 30 minutes away), where we visited another palatial abbey – Gottweig. This one was also built in the Baroque style. Part of the abbey doubled as a museum housing a rich exhibit of paintings on the Danube valley and the medieval villages we had passed through earlier in the day.

From there it was back to Vienna’s old town where we checked out St. Stephen’s, a wow-inducing 12th century Gothic cathedral. By night Vienna appears quite different from the daytime. Soft neon lights emanating from the vitrines of luxury shops added sparkle, while classical music oozing out of street musicians gave the town a unique modern yet traditional feel.

The following day would be our last in Vienna so we put the better part of the day to good use and visited the Imperial Apartments (the residence of the Hapsburg Royal Family), the Belvedere (one of Vienna’s most famous museums), and a few other prominent governmental buildings.

The Imperial Apartments tour was profoundly informative providing insight into the Hapsburgs (rulers of the Austrian and Austro-Hungarian Empire), with a main focus on Franz Joseph I (the emperor) and Elisabeth (his wife and empress). Seeing Franz and Elisabeth’s living quarters along with some of their everyday personal belongings painted a picture of a modest way of life and was frankly pretty cool. Although somewhat contradicting to this notion was the lavishly superlative silverware and china collection we saw as part of the tour. But what struck us the most was the intimate look into Elisabeth’s life: going from teenage girl to empress and a look at her struggles later in life – from losing a son to suicide, to becoming a recluse, from being regarded as one of the most beautiful women of her time, to not wanting to have her face seen by the public. And most tragic of all her assassination by an Italian anarchist. The actual weapon (a sharpened file with which she was stabbed in her chest), was also part of the exhibit as was Elisabeth’s death certificate.

On a lighter note, our ensuing visit to the Belvedere museum paid off lovely with an exceptional collection of Austria’s finest (Klimt, Schiele and others), and other European greats like Monet, Van Gogh and Jacques Louis David. Brigitte’s enthusiasm for seeing Klimt’s work rubbed off on me and we thoroughly enjoyed his pieces which included The Kiss and Judith to name a couple. The guy had sick technique!

From there it was time to lower the velvet curtain upon Vienna and set our sights 39 miles east for Bratislava.