The inevitable – returning home to America – had finally happened. Facing a 9.5 hour long flight from Fiji to Los Angeles, we had plenty of time to reflect over the past 7 months. I was wired with emotion and reluctant to fully understand that the next country we’d land in was “home”. Brigitte too was overcome by sadness and just as incredulous about our 7 months having expired. As I wrestled with the notion of this is it – the end – Brigitte seemed to effortlessly find the alternative, sleep. But as the overnight flight bounced its way across the Pacific Ocean, I was kept awake for just about the entire ride. Instead of finding comfort in the unconscious, my mind was running through the seminal moments of our trip as if flashcards of scenic countrysides, gorgeous beaches, and timeless temples flooded the imaginary screen in front of me. Oh, and I also watched one of the in-flight movies twice (Crazy, Stupid, Love.), but not sure why.

Coming back through LA was not only a practical route option but also by design. Back in July we had run into one of Brigitte’s old high school friends in Holland while he and his wife were visiting Europe. After having hung out there together, they extended us an invitation to Santa Monica upon our return to the States. And so we happily accepted. We spent 4 days in Santa Monica with them where we quickly readjusted to the American way of life –  unlimited hot water, fast and free wifi and real customer service. It’s amazing how some of the trivial things in life can make us happy. But L.A. was so much more. Nawfel and April had generously showed us around the area where we discovered Venice Beach, Malibu, the Valley, UCLA and Topanga Canyon. It had been a few years since Brigitte had last visited L.A., while my last and only hit was in the mid 90s. Much had changed according to our friends and other locals and we took a quick liking to the sprawled out metropolis and its pulsating suburbs. We even got introduced to Umami, a trendy eatery where burgers reign supreme. A true memorable moment was devouring that good old American burger while alternating between sweet potato and regular fries. We really didn’t miss burgers on our trip per se, but biting into something that tasted like home was just another way of welcoming us back. And just as welcoming was seeing some of our old New York friends who relocated to L.A.. Catching up with Vlad at salsa night and grabbing dinner with Lara at Casa Vega was not only a lot of fun but also a way to tap into the city’s multicultural theme.

After 4 days in California we made our way to the East Coast to visit family (my dad and stepmom), in Naples Florida. For us Naples has always been a place of relaxation combining lazy beach days with home cooked meals while catching up with pops and his wife. This time around was no different except for a little furry guy who was added to the equation. Sunny, their new dog is extremely cute and playful and we loved meeting and playing with him. Although I don’t speak dog, I think he said he liked us too.

Coincidentally Brigitte’s dad and stepmother also happened to be visiting Naples so a family reunion seemed only natural. We all got together for a couple of dinners and caught up on the past few months. We had a lot to cover and spending time with family was comforting, feeling one step closer to home. But even as we dug into our old routine things seemed somewhat surreal; we were back, but it would take more time for this to sink in. Craving more adventures on the road yet travelled, we decided to drive north (to New York), and catch up with friends along the way. Next stop: The Carolinas. 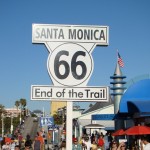 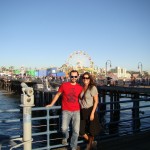 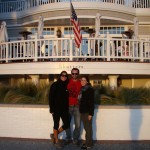 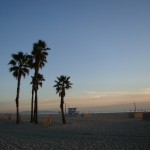 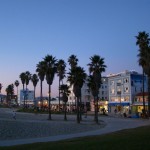 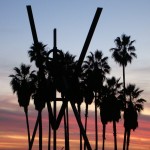 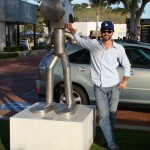 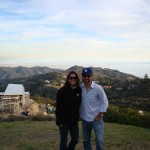 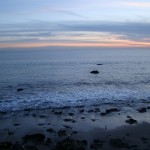 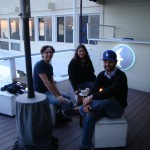 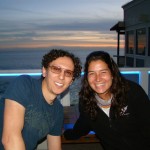 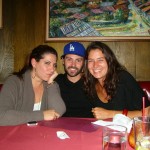 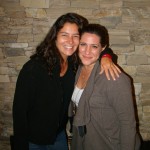 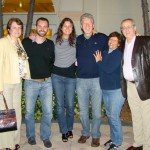 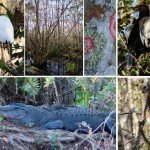 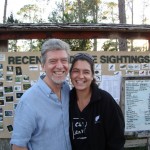 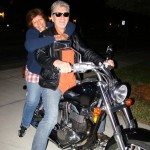 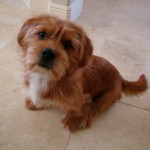 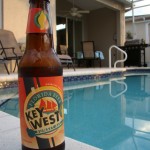