It’s always fun to visit a country right after they’ve achieved a noteworthy feat. The 2011 Rugby World Cup was won by New Zealand (in New Zealand), and so this was the next stop and 25th country on our trip. We had a feeling the nation would still be buzzing from its achievement and the numerous All Blacks flags/banners displayed in various parts of Wellington confirmed this. We planned for 4 nights in the capital which is home to about 400,000 people. It’s definitely on the smaller side but its character clocks in at heavy-weight.

Culture, history, a champion-grade museum scene and plenty of art deco conjured up Wellington’s mixed bag of treats that we dug elbow deep into. The food and wine scene is also prominent as we found out. But one of our favorite things in the city was the Te Papa museum which saw us visiting on multiple occasions. One of the museum’s elaborate exhibits was on the Maori, New Zealand’s indigenous people. It outlined their mysterious origins, their warrior culture and their integration within New Zealand’s society, which is far deeper rooted than that of Australia’s indigenous people. We actually noticed this contrast right away (from our first day in Wellington).

Wellington’s favorable location of being nestled between mountains and the Tasman Sea, makes it an outdoorsy town. We definitely took stock of the numerous athletic types in form of joggers, kayakers and bikers training down by the waterfront. The view from there extended out into the horizon where the blue sea intercepted the beautiful mountainous coastline. The only sour ingredient was the perpetual breeze – Wellington is a very windy city but the weather had gotten its act together after a frigid first day.

One afternoon we enjoyed a Cable Car ride to the Kelburn hills followed by a scenic downhill stroll through the city’s Botanical Gardens. The sun was out and blue skies painted the panorama. About half way down we entered the beautiful and aromatic Rose Garden that captivated our attention (as well as dozens of megabytes on our camera’s memory card). I never realized how many varieties existed, most of which carried very imaginative names (i.e. Strawberry Ice, Blackberry Nip and Sparkler). From there we continued descending all the way back into the urban jungle and found ourselves right beside the peculiarly designed Parliament. The Beehive as it’s known is a justly appropriate moniker. We joined an afternoon tour and so we learned about the inner workings and layout of New Zealand’s governing body. Interestingly the building was upgraded to withstand powerful earthquakes (up to 7.5 on the Richter scale). I guess the shakes are just an expected part of life around here as a major fault line traverses Wellington. One of the great things about the Parliament tour was that it was free, as was entrance to the Te Papa museum – a novel example that really appeals to tourists. Another free attraction that draws crowds (especially Lord of the Rings fanatics), is the Weta Cave located in the city’s suburb. The “cave” is a mini-museum and old workshop for the Weta Company which produced the special effects and for a ton of movies like Lord of the Rings, Avatar, King Kong (the latest one), District 9, Tintin, etc. We ventured out to see it and can now say that we’ve actually done something Lord of the Rings related in New Zealand.

After two days in the city we joined a wine tour to nearby Martinborough (on our last day), a notable wine region that’s known for pinot noir. Luckily the weather played nice once again as we toured 4 vineyards and sampled several varietals. We rode the train out which gave us a lick of the countryside. The 1-hour ride was relaxing as was the rest of our day. Once again we managed to find ourselves surrounded by scenic vineyards and tastings luscious grape juice. Not a bad day to top off our Wellington adventure. 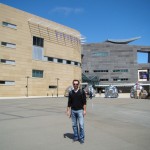 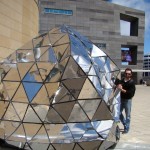 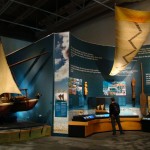 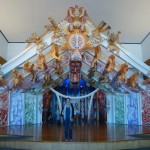 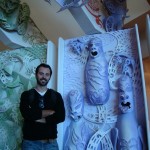 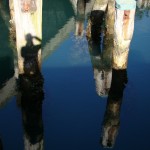 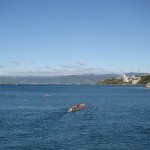 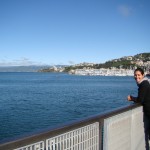 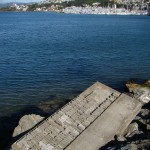 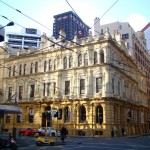 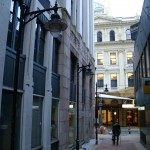 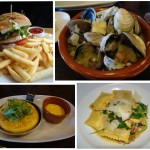 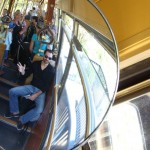 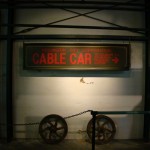 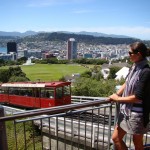 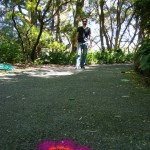 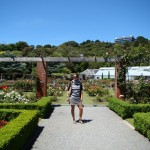 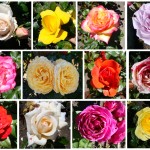 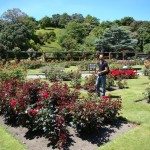 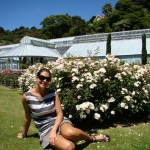 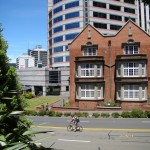 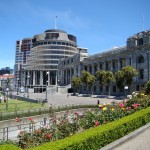 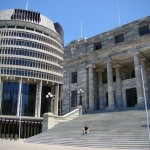 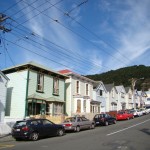 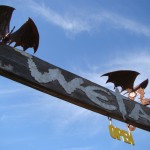 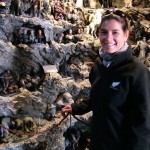 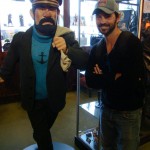 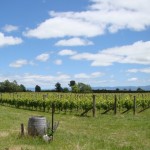 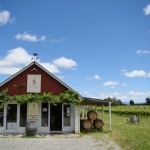