Aah, the beaches of Phuket (pronounced “poo-ket” and not “fuk-et” as I’ve been calling it), this was the vacation we’d been yearning for. After nearly 5 months on the road we wanted a break from it all and just relax on the beach. The powdery white sands, turquoise water and easygoing atmosphere were all part of the bonus plan.

Phuket Island is one of Thailand’s primary beach destinations attracting tons of people from all corners of the world. Interestingly Russians made up the majority of tourists (at least in the parts we visited). We even spotted an exclusive Russian-language tour operator, probably not the easiest of languages for Thais (or many others for that matter), to learn.

We spent 3 days on hyper touristy Phuket Island taking advantage of the beaches. As with all other parts of Thailand we visited, Phuket was also littered with superfluous souvenir shops which we steered clear of despite unrelenting solicitation (on top of that prices were at least double – if not triple – from what we saw in Bangkok). Our hotel was near Kata Beach which lies nestled between the more “happening” Karon Beach and the quieter Kata Noi Beach. On our first day we checked out Kata Beach although the weather had been a bit overcast. The water was very warm but clouds derailed our ambition of capturing the beach’s natural beauty on film. And so we had to wait until the following day. On day two, we took an organized day trip to Raya Island, one of the nearby attractions accessible by boat. Ours was a speedboat which at times slammed its way over the choppy waters causing a couple of people to give in to their twisted stomachs. Luckily Brigitte and I sat on the bow of the boat so we didn’t even get wind of it until much later! It took about 45 minutes to reach Raya which closed in on us with its white sandy beaches and lush green tropical forests. There were several other boats there discarding their human loads but the beach seemed big enough for all and everyone seemed happy. The water glowed with bright greenish hues close to shore and grew darker in the distance. We couldn’t wait to jump in!

About 45 minutes later it was time for some snorkeling. The boat took us out to a fish rich spot and after the crew dumped sliced bread in the water, the frenzy began. Hundreds of tropical fish suddenly appeared and fought for a mouthful of “wonder bread”. From underwater this was an incredible sight. At times we found ourselves completely surrounded sergeant major fish and even touched a few on several occasions. Then came parrot fish, butterfly fish and Brigitte even spotted a squid which eluded me (thanks to her E.S.S. training by Jenn and Mark!). The sea was teaming with life accented by a vibrant display of colors from the tropical fish.

But the highlight of our day occurred after lunch when everyone in our group  headed back to Raya’s main (and crowd-friendly) beach. Along the way Brigitte spotted a sign leading to Siam Beach and she took a picture of it. Instinctively I said that we should go there. After about a 5-minute walk which took us past a few isolated cabanas through the forest, a small wooden bridge gave way to the sleepy Siam Beach. Beautiful white sand and a glowing turquoise blanket of water jumped at us. To our amusement there only about 4 or 5 other people on the subliminal half mile stretch of Siam Beach. Oh yeah, this was it! This was why we came back to Thailand! We jumped in the water and took in the breathtaking scenery. The forested cliffs hugging the beach provided a feeling of seclusion, our own touch of paradise. And the bright colored longtail boats gently rocking on-shore were simply a sprinkle of magic powder, bringing our fairytale afternoon to life.

Our day trip to Raya Island concluded around 4pm and then we sped back to Phuket. About midway in our trip an ominous canopy of clouds tore open and storm water pelted us (Brigitte and I were still riding on the bow), and so we grabbed our life jackets and used them as a shield from the rain. And most remarkable, was the rapid transformation from blue skies to dark grey with almost no visibility. Mother nature had certainly showed her faces on a day we’ll always cherish.

Our last day in Phuket was pretty indolent. We decided to see what the hype was all about at Karon Beach – tons of people either sunbathing or cooling off in the water, wave runners buzzing about, para-sailing, bars, beach vendors etc. A busy scene but we stuck around for a couple of hours. Then after lunch we decided to walk over to the more secluded Kata Noi Beach. This paid off as it was a shorter stretch of sand and considerably quieter. It was reminiscent of our indulgence the previous day at Siam Beach. And there were even some tame waves which added something new.

Another amazing day on Phuket was coming to a close and the beauty of Thailand’s beaches was profoundly setting in. After grabbing dinner we checked out the nearby Ska Bar, a cool reggae joint on Kata Beach for the second night in a row.. 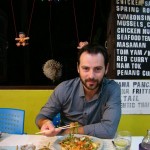 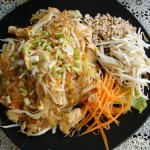 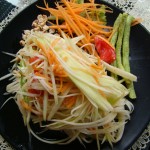 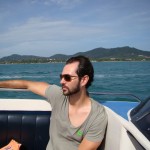 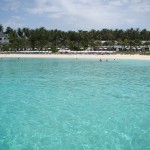 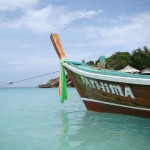 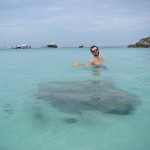 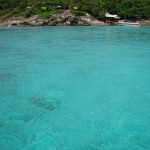 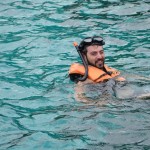 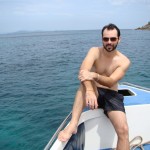 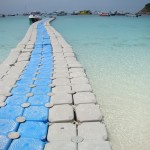 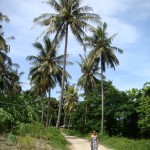 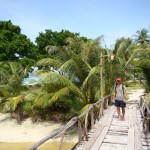 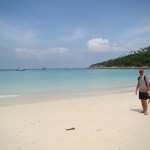 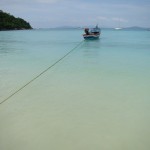 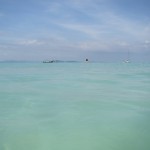 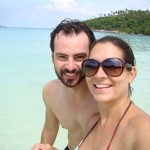 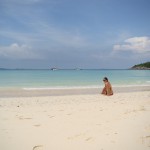 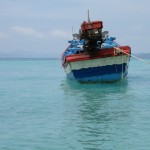 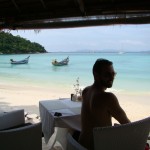 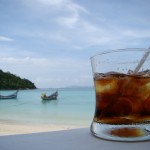 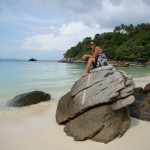 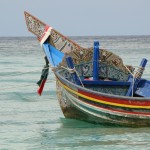 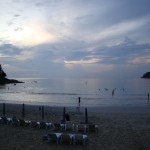 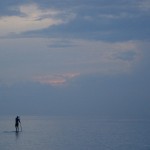 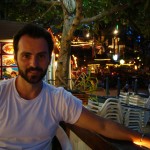 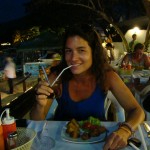 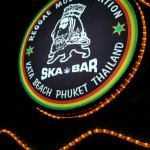 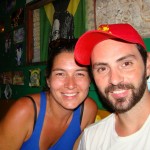 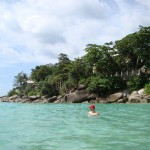