Our next destination in Turkey was Cappadocia, the central and ancient region of the country. Cappadocia is derived from Katpatukya which means “land of beautiful horses” in an ancient Persian language. This was also one of Brigitte’s “Must See” points on our trip. And for the first time on our journey we joined a tour (as well as for the remaining part of our Turkey trip). We figured this would free us from much planning and also give us a deeper perspective on a country of numerous wonders.

Just as numerous were the empires that settled Cappadocia stretching all the way back to the 6th century BC. But perhaps even more impressive was the sheer appearance of Cappadocia’s landscape – curious sedimentary rock formations formed by lakes and streams coupled by deposits from major volcano eruptions that took place in the area (9 to 3 million years ago). Eroding away for ages, some of these rocks came to resemble giant “fairy chimneys” some of them with “lids” on top. They made for a unique sight especially given that people starting carving houses and churches into them a couple of thousand years ago.

Led by our guide Kadir, the tour commenced with a 3 mile hike through the Rose Valley, a major valley known for the reddish hue of its rocks. The valley was stocked with fruit and nut bearing trees, grape vines and vegetables, somewhat surprising in what at first seemed an arid and inhospitable landscape. One of the guys from our group kept eating every type of berry, nut and fruit in sight, making me wonder how his stomach would be doing later that night. Along the way we passed several ancient houses and chapels from the early Christian settlers. Inside the chapels partial paintings or etchings timelessly stood out (in red paint from red grapeskins) – dating from the 6th century BC! Myriads of pigeon houses were also dug into the rocks, designed to shelter the birds whose “shits” as Kadir put it, were vastly utilized as fertilizer in the region. Right before lunch we stopped in the town of Cavusin, an ancient Christian settlement where we climbed the rocks and entered what once was one of Cappadocia’s biggest and oldest churches. The church columns inside the rock were remarkable, as was the panoramic view. Next, it was time for lunch at an underground restaurant in a nearby town. The authentic meal from the region (pottery kebab), was one of the best yet on the trip and the place set the tone for our next destination – Kaymakli.

The underground city (of Kaymakli), comprised houses, storage areas, ventilation shafts, kitchens, wine and oil presses that eminated from a series of originally escavated tunnels. The living quarters and storage areas were located on different floors and webs of tunnels connected them. For me, confined spaces can be somewhat agitating not to mention being 75 feet underground and having to navigate through a series of suffocatingly narrow passages (while being hunched down). As Kadir’s explanation grew more pronounced (about the city that once housed 3,000 people), so did my level of anxiety. I was ready for natural daylight which finally came after a few long minutes of ascending back up top. The underground city was the last point of the tour on a very eventful day.

The next day brought more of the same – more fairy chimneys (some shaped like mushrooms and others like animals), more churches, monasteries and living quarters dug into the rock, and more incredibly beautiful views of the landscape. The region has been host to humanity for nearly four millennia and luckily we are nowadays capable of capturing its intrinsic splendor. To say that Brigitte took 500 pictures in 2 days would be an understatement! Unfortunately the interiors of the early Christian churches we visited were off-limits for photos. But the overall sense of how people lived in the rock formations (and the underground cities), conducting their daily activities was simply mesmerizing. Striking a similar chord was the contrast between the clear blue sky and whitish/grey rock formations and fairy chimneys.

Also part of the day’s tour was a stopover at one of the ceramic shops in Avanos. The town is renown for its clay pottery, a handcraft passed down from generation to generation. After getting an impressive demonstration from one of the masters (think Ghost the movie and Yanni), we then checked out the showroom which included thousands of beautiful handmade pieces.

After another amazing day in Cappadocia’s dreamy countryside, we indulged in a fabulous dinner of Turkish mezzes at Ziggy’s in the town of Urgup (12 various tapas like portion dishes per person) – this quickly became our favorite meal in Turkey!

Waking up at 4:30 the next morning was not really my thing, especially when being on vacation. But Day 3 in Cappadocia will perpetually remain etched in our hearts. When Brigitte first mentioned the hot air balloon ride weeks ago, I was a bit on the fence. I’m not in fear of heights but I also don’t consider myself an altitude lover. That said though, I “man’ed up” and told Brigitte I was in for the ride. Hot air balloons come in all sizes and colors and our was pretty big – it was made to accommodate 24 people. They can also rise up pretty high (several thousand feet), ours summited to 3,000+ feet. Our pilot Mike, a very affable chap with 25 years of balloon flying experience made our ride as smooth and pleasurable as possible. Although once we ascended to our peak altitude our ears popped and our hands became a bit sweaty. Looking into the horizon was a piece of cake, but looking directly down (way down), that’s when the feeling of this unique and unnatural experience began to rapidly sink in. Holy shit! A soft breeze whistled by right before we began our descent at 700 feet per minute. The balloon can only be navigated up and down not forward or backward – the wind takes care of all that. Which explains the few tree tops we bulldozed over. After about an hour and 15 minutes of subliminal “flying” we gently touched down and enjoyed a much deserved glass of bubbly. Cheers! 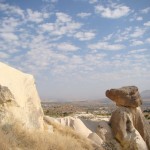 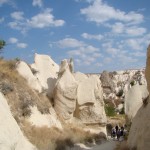 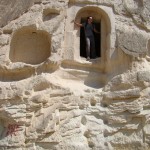 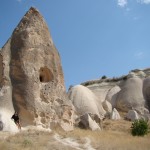 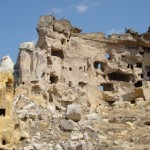 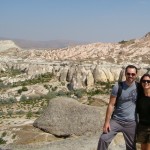 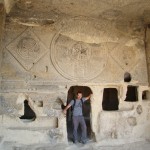 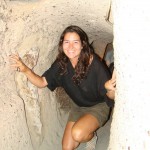 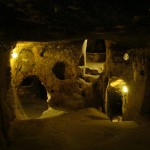 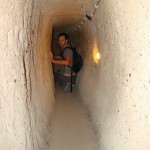 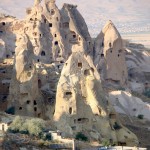 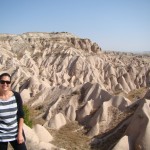 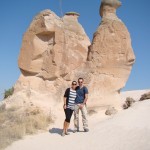 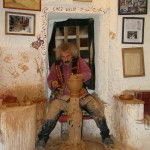 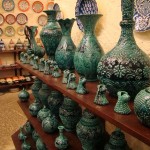 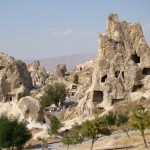 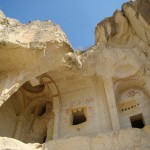 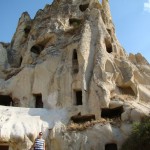 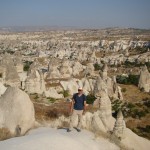 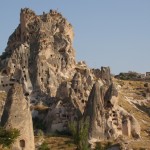 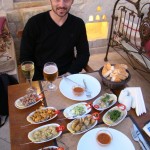 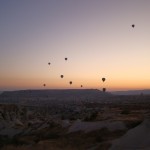 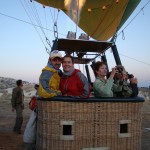 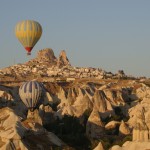 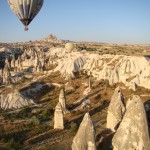 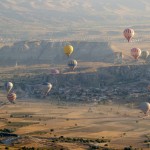 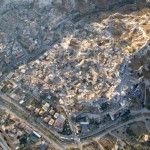 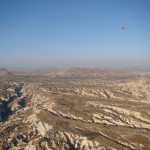 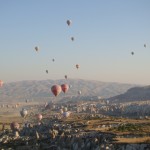 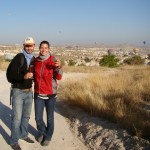